This bulletin is being reissued to correct the part number on page 2 indicated by an asterick.

Early built 1968 Corvettes with 427 Cu. In. Engines may be subject to complaints of hard starting when cold or after a hot engine soak condition.

The hard cold starting problem may be due to interference or bind conditions of the choke rod, resulting in failure of the choke to move fully closed.  Choke rod revisions corrected this possible condition with early October production vehicles.  Field correction of this condition is outlined on Page2.

On 3 x 2 carburetor engines, a possible condition of hard starting after hot soak has been alleviated by addition of a fuel bowl idle vent (on the primary carburetor) in early October produced vehicles.  If this condition is encountered in the field, add an idle vent as outlined on Page 4.

Install new choke rod (Part No. 3937738) which has a greater off-set and a reverse entry direction at the choke lever end.  Adjust to one rod diameter interference by bending at the off-set as necessary.

Install new choke rod (Part No. 3919899) which has a greater off-set leg length and check for interference between choke thermostat coil and the manifold pocket as shown in Figure 3.  If interference exists in this area, adjust the coil as much as possible on its mounting location, and if necessary, grind the pocket area or the choke rod end to gain clearance needed. 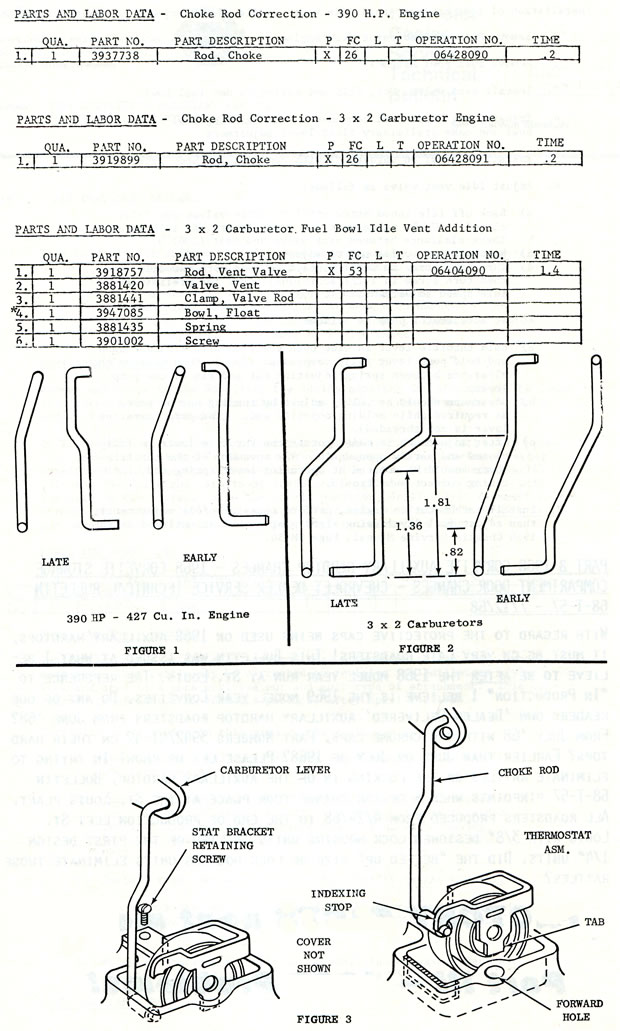