It has been found that it is possible for the battery ("BAT") terminal on the Delcotron to contact the left side rocker cover on some early production 1969 Corvettes equipped with a 427 cu. in. engine and power steering.  If this occurs, an electrical short can result.

Production has recently begun changing the position of the end frame to provide increased clearance between the "BAT" terminal and the rocker cover.  If a contact situation is encountered, rotate the end frame 90° as shown in Figure 1. 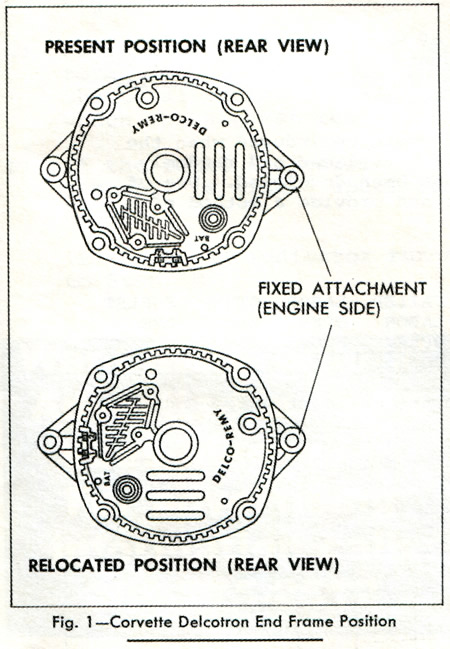