1.  Raise rear of vehicle at frame.

3.  Place floor jack under spring with lifting pad of jack inboard of link bolt near the "C" clamp.  Place a suitable piece of wood between jack pad and "C" clamp screw.  NOTE - The "C" clamp is merely acting as a ’stop’ so that the jack won’t slip when the spring is released.  The wood block is used to protect the "C" clamp threads from being distorted due to contact with the jack pad.

8.  Drop spring and slide out from under vehicle (reference Fig. 51 in Manual). 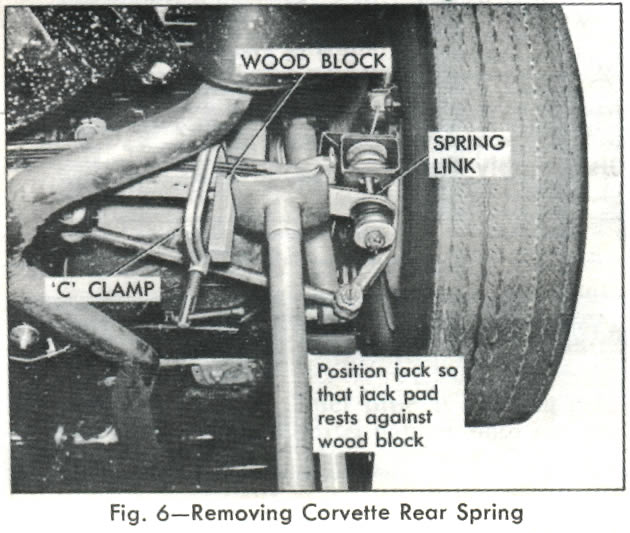