Some 1957 and 1958 Corvette four-speed transmissions have been built incorporating a third speed gear with 7 o cone angle rather than the specified 6 o , as illustrated in Figure 3. This may cause a harsh shift into third speed due to the resultant improper engagement of the synchronizer blocking ring and third speed gear cone. 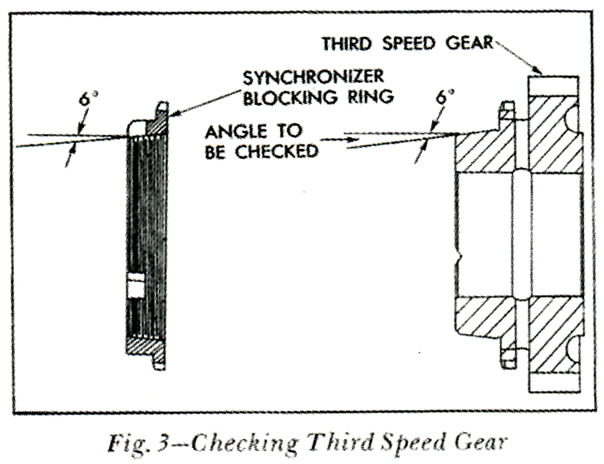 The suggested correction, if the harsh shift is encountered, is to replace the third speed gear assembly No. 3743452 and the synchronizer blocking ring No. 3709348.

The following outlines an angle checking procedure for field usage.