The valve body change was incorporated to relocate the high clutch exhaust to the top of the valve body to eliminate the possibility of partial high clutch apply during reverse overspeed such as occurs when rocking the vehicle in mud or snow.  On valve bodies built prior to November 30, the high clutch exhaust could pull oil back into the clutch during reverse overspeed due to the centrifugal pumping action of the clutch during this condition.

The governor and rear pump revision, which entered production effective with transmission serial number "B1228D", was adopted to eliminate the possibility of delayed upshifts due to governor pressure leaking past the rear pump bushing.  This was accomplished by reversing the positions of "Governor out" and rear pump oil pressure passages in the governor.  As shown in Figure 2, "Governor out" pressure is relocated between the two rings and rear pump pressure to the governor is now adjacent to the rear pump bushing.  With this arrangement, any slight leakage at the bushing would have no appreciable effect on rear pump pressure and thus no adverse effect on governor pressure. 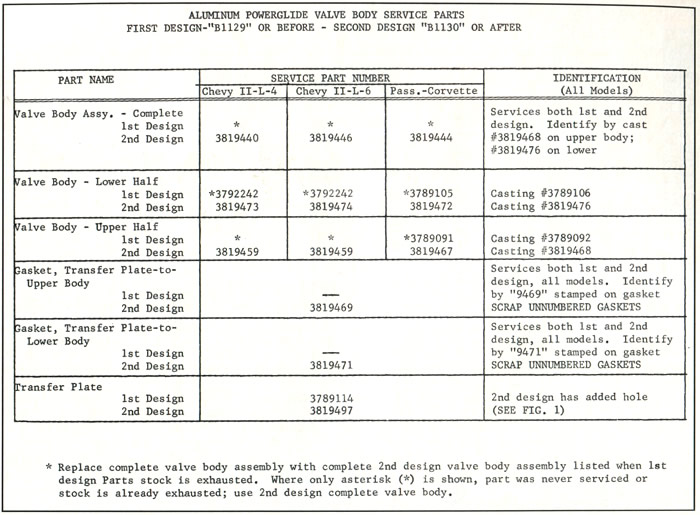 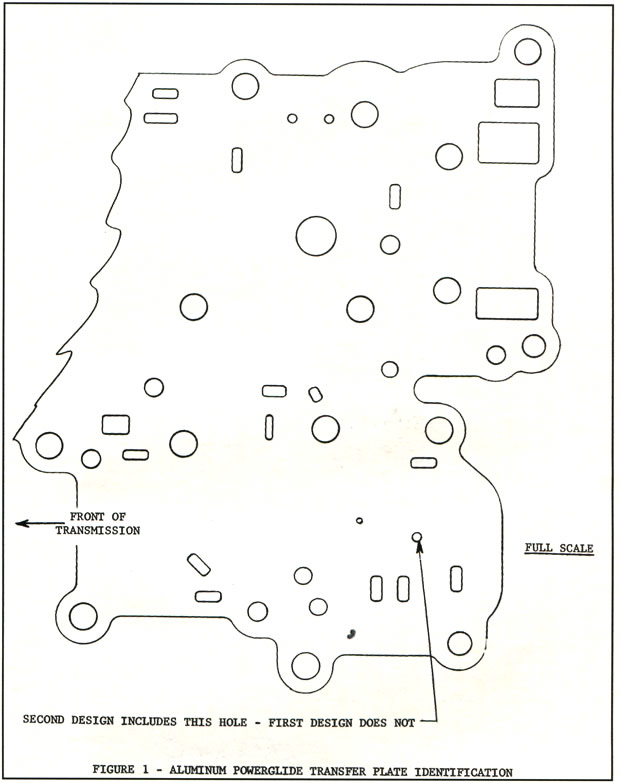 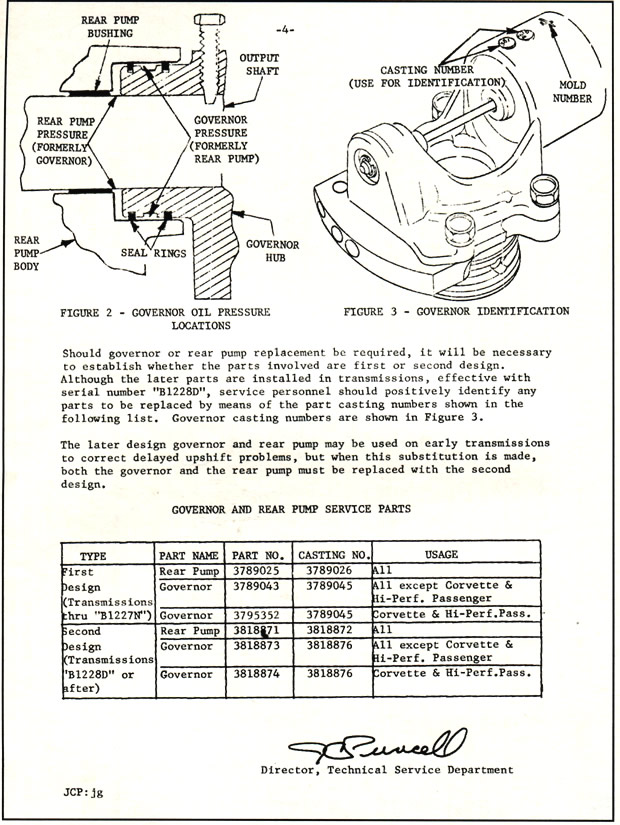