Below are electric bulb and fuse charts for the 1955 - 1964 Corvette from the January, 1960 issue of Chevrolet PartsMart. 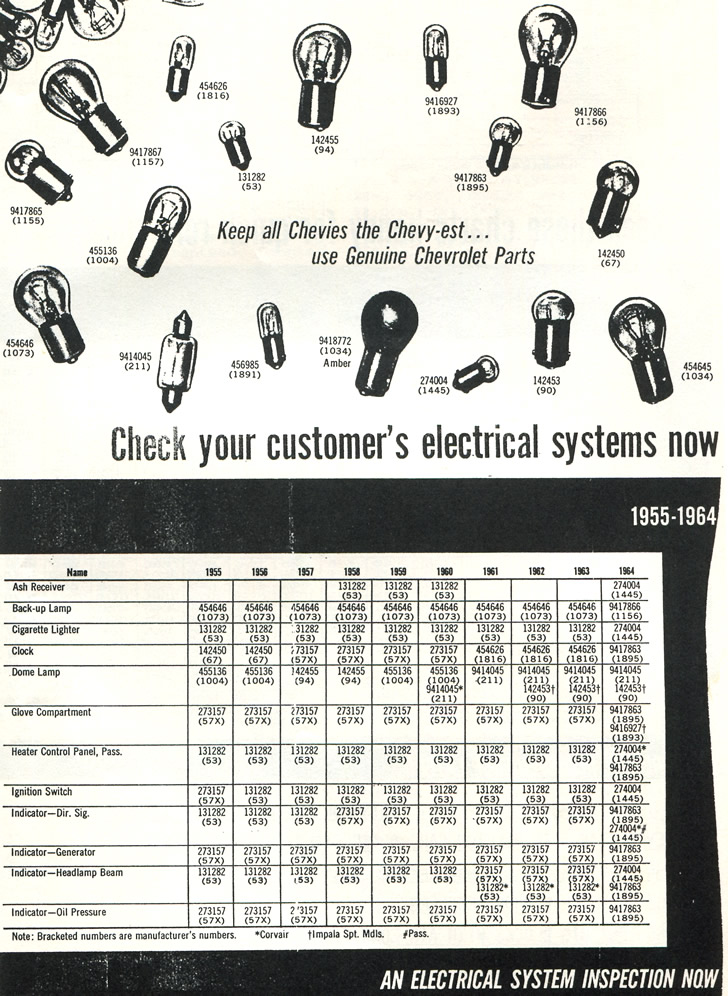 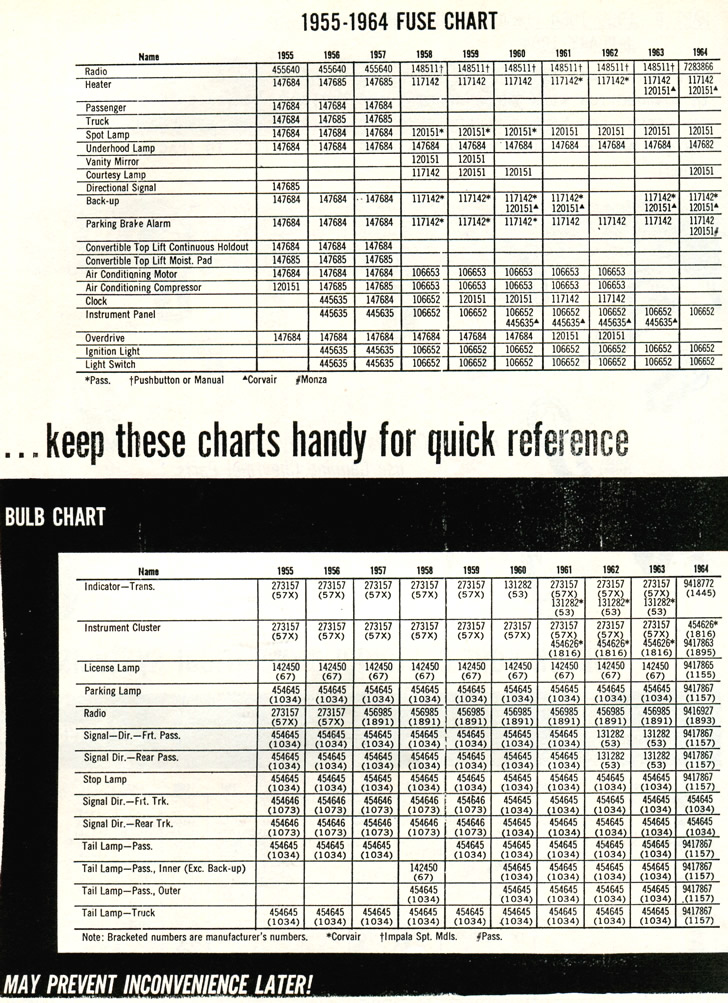