An undisclosed number of early 1966 Chevrolets, Chevelles, Chevy II’s and Corvettes with V-8 engines have been built with one or more of the following discrepancies in the remote automatic choke mechanism.

It should be noted that an important difference exists between the 327" (275 h.p.) engine choke operation and the remaining V-8 engines.  That is, the direction of the thermostat operation between the two units is reversed.  On the 327" (275 h.p.) application, the eye of the thermostat coil and the corresponding choke rod travels from a down position for closed choke relaxing upward for open choke.  On the remaining V-8 engines (except 283 4 bbl. with integral choke), the thermostat operation is just the opposite, it travels from an up position from closed choke downward for open choke.

In interim 1966, choke thermostat assemblies and choke rods will be built as an assembly and will use a paint code identification system to alleviate manufacturing and assembly error.

In early 1966 vehicles, these discrepancies may result in customer complaints of rough idle, hard starting, rich fuel mixture, flooding and/or poor performance.  When the above complaints are encountered, the choke mechanism should be checked for the correct installation of parts as outlined on the following pages. 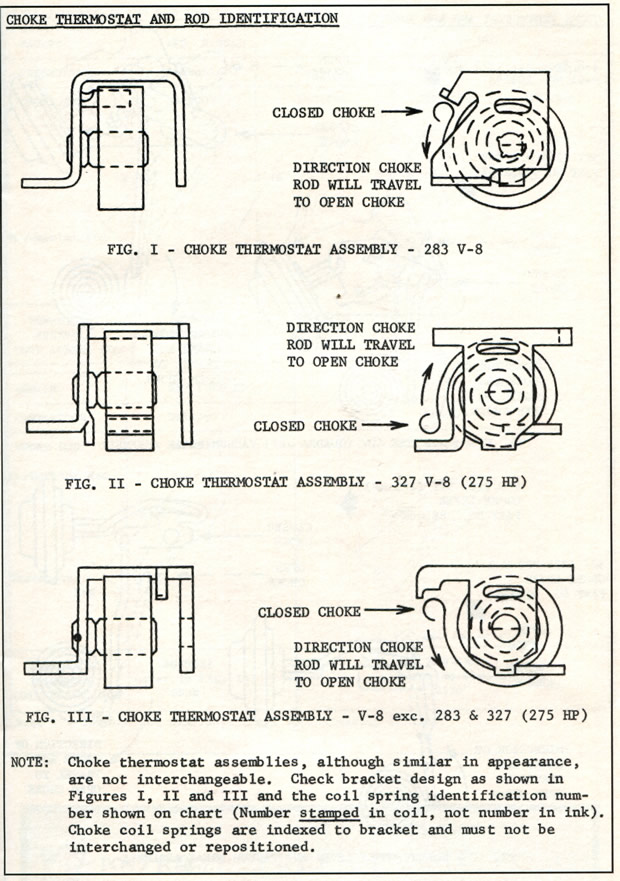 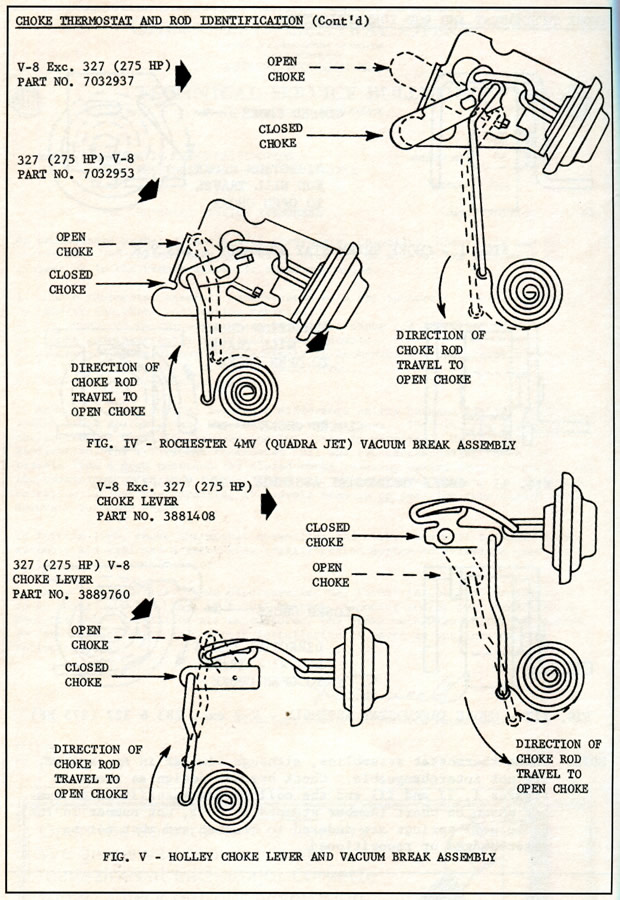 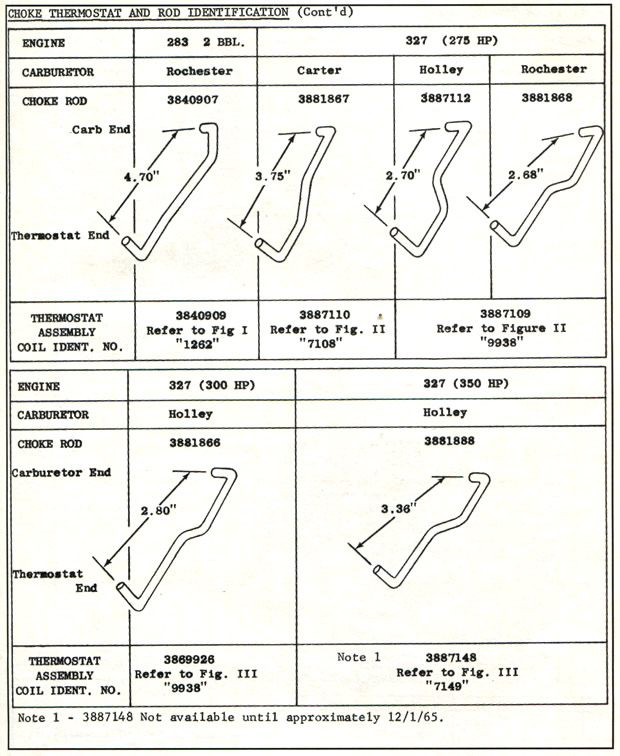 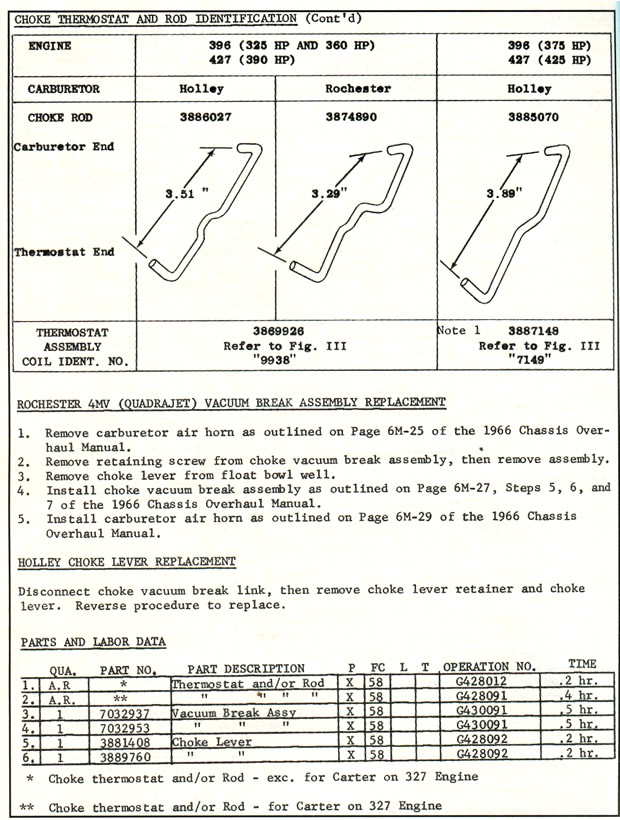