1968 Corvette: Service Bulletin: Cracking of the Plenum at the Right Hood Latch Plate

Cracking of the fiber glass plenum in the area of the right hood latch may be experienced on some 1968 Corvettes.  This cracking is due to the manufacturing process of the plenum causing a glass rich condition in this area.  This condition was corrected at the start of the 1969 production by the addition of a reinforcement plate to the area.

Whenever this cracking condition is encountered in the field, it may be corrected by riveting a reinforcement plate Part No. 3953071 to the outer surface of the plenum as outlined under Service Procedure. 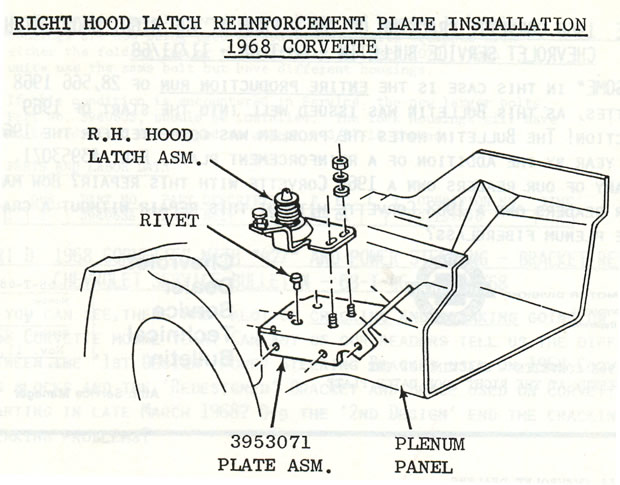