Below is a copy of rare internal meeting minutes of the Chevrolet Design Staff regarding the 1967 Corvette model year and various styling changes that were under review a few years prior.

John Hinckley wrote a followup letter to Vette Vues Magazine regarding this document that appeared in their June 2014 issue.  He writes:

That was Jim Premo who was an Assistant Chief Engineer in the passenger car and truck Body design group; don’t know why he [was] involved himself in the Corvette Group in late 1964, but it didn’t last long.  I didn’t become involved in Corvette until 1967, and as far as I know, none of those Premo proposals ever came to fruition, and Jim Premo wasn’t in the chain of command between Zora and Alex Mair (Chevrolet Director of Engineering, to whom ALL the Chief Engineers reported).

I never say any of those proposals on paper, or on any prototype or pretest cars, and never saw any concealed roll bar designs; the upper structure of the coupe was redesigned at least twice very late in the program, which is what delayed the ’68 coupe launch by six months, as I’ve outlined before. 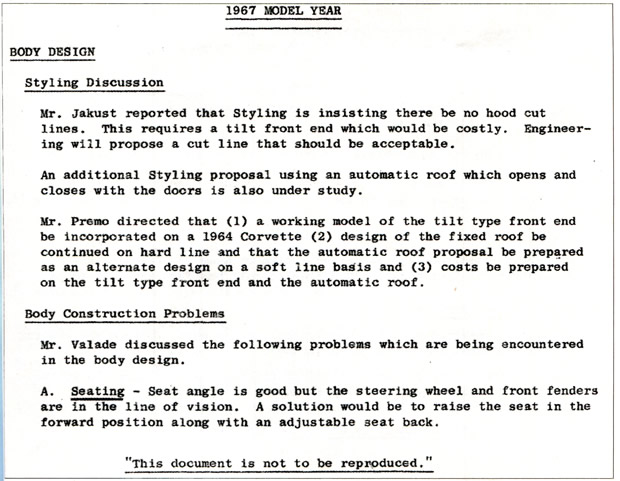 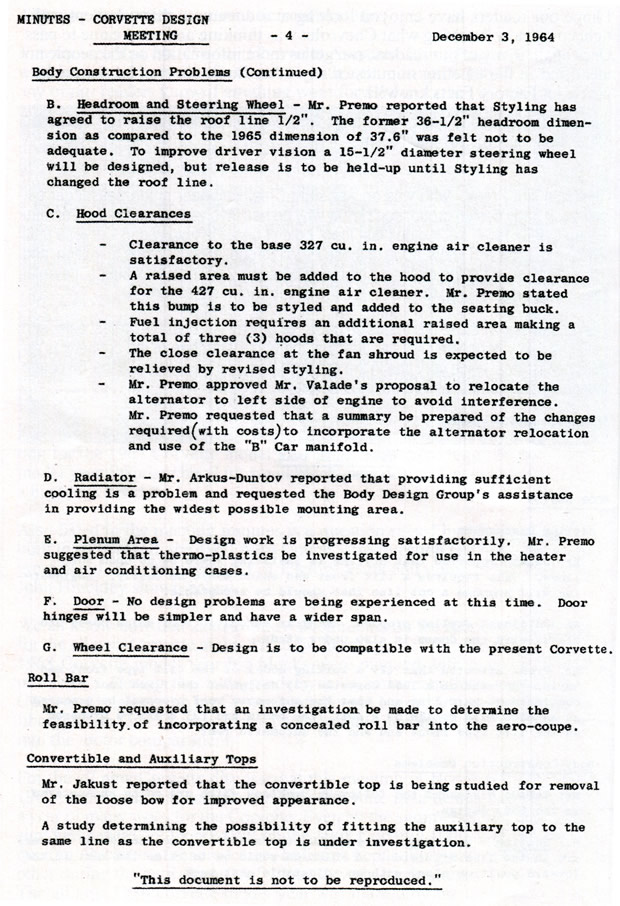 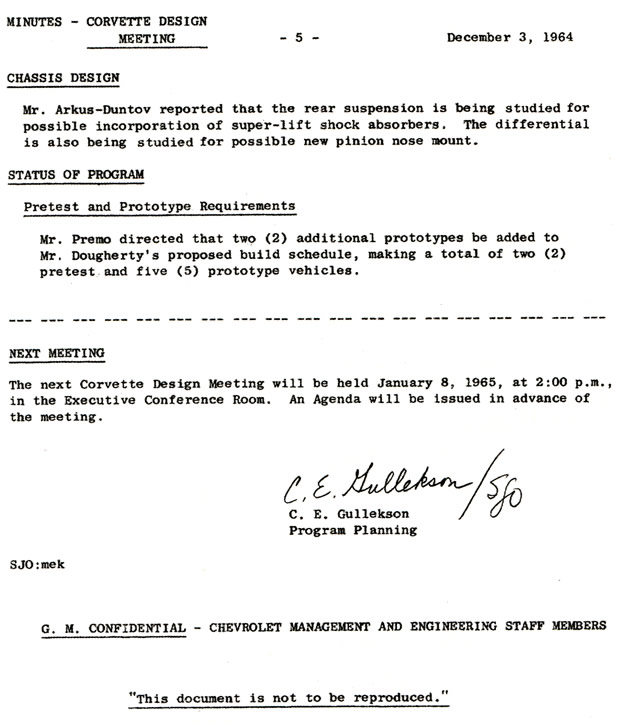