Due to the increased frequency of clutch failures on 1961 High-Performance Corvettes, Engineering has released a new clutch pressure plate made of pearlitic malleable iron in place of the previously used grey cast iron.  This new material will provided improved resistance to failure at high RPM’s for all mechanical tappet equipped 1962 Corvettes.

The pearlitic malleable iron pressure plate may be identified by a cast depression in each driving lug as shown in Figure 1.

The new pressure plate and the clutch cover-pressure plate assembly are interchangeable with past models from 1957-61.  They will be used for service replacement on all 1961 High Performance (RPO 354 and 468) Corvettes as soon as parts are available, and will eventually service all 1957-61 models when present stock of 1961 material is exhausted. 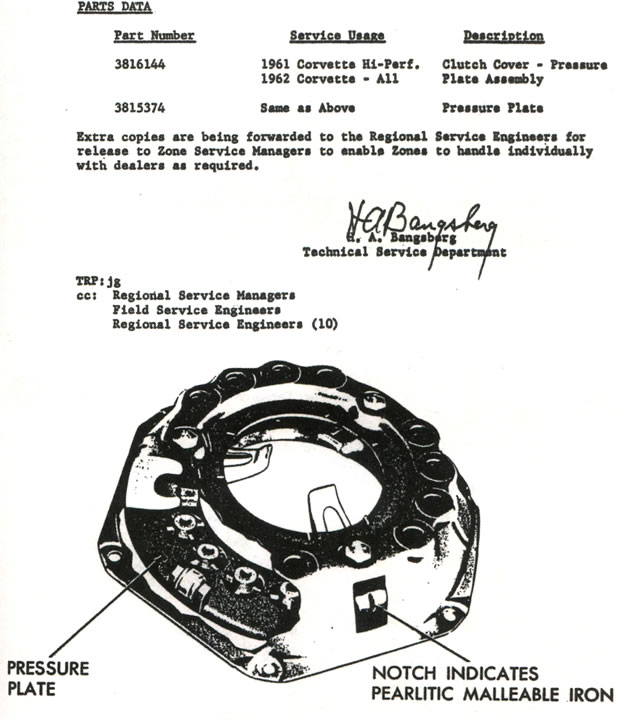