The engine may sound like it is cranking fast and actual fuel rail pressure may be low. A compression test may show lower than expected readings and exhaust flow from the tailpipe may be noticeably lower while cranking when compared to a known good vehicle. The fuel rail pressure sensor may show 300–400 PSI (2,068-2,758 kPa) and will slowly drop into the 50 PSI (345 kPa) range while cranking.

The camshaft position actuator solenoid valve may be sticking or binding and causing the valve timing to be retarded.

Before removing the camshaft position actuator solenoid valve, use calipers to measure the height of the center portion (called the spool) to the outer body. Do not apply force or pressure on the center portion. A stuck valve will measure less than 6 mm.

If the concern is an intermittent no start or crank, no start condition, record the depth of the plunger and replace the camshaft position actuator solenoid valve. 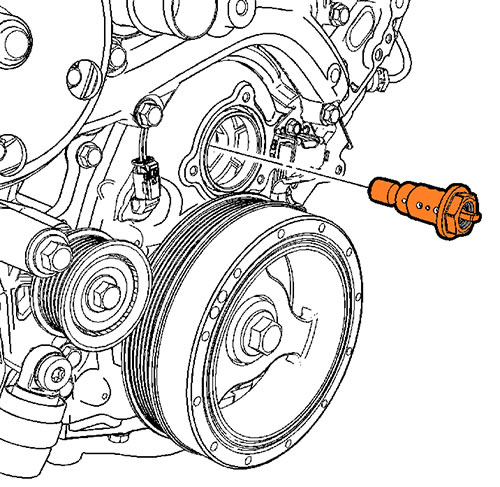 - Thanks to Richard Renshaw
GM TechLink