A surge or misfire sensation during steady-state highway driving may be felt on some 2014 - 2016 Corvette and 2016 Camaro and CTS-V models (Fig. 11) equipped with the 6.2L V8 engine (RPOs LT1, LT4) and the 8-speed automatic transmission (RPO MU5). The sensation may be noticed most often in 6th, 7th, or 8th gear, in manual or automatic mode, with an engine speed between 1,000 and 2,500 rpm under load. The Torque Converter Clutch (TCC) will be engaged and there will not be any misfire data or P0300 (Engine Misfire) DTCs set. 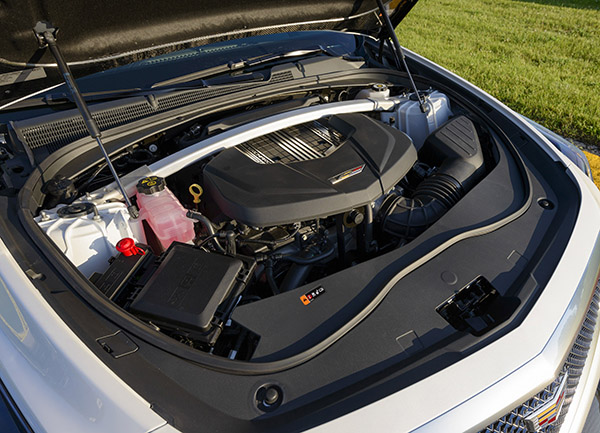 TCC slip with this condition present may show on a scan tool of +/- 6–0 rpm. This occurs at about 30–60% throttle. This sensation, or chuggle, with the TCC locked is a normal condition.

Full-size trucks equipped with the Gen 5 V8 engine (RPOs L83, L86) may not exhibit this condition because they usually have 15-50 rpm of TCC slip speeds, which absorbs any engine chuggle sensation.

When issues of this nature are encountered, like equipped vehicles should be compared and, if consistent results are identified, should be considered a normal characteristic of vehicle operation.

– Thanks to Tracy Lucas