Figure 2 shows the new location of the spark plug wire towers.  Although the firing order has not changed (1-8-4-3-6-5-7-2), each tower is indexed clockwise by one from the conventional arrangement.

This change affects the 1968 Corvette 327 cu. in. engine only.  All other V-8 engines are wired in the conventional manner. 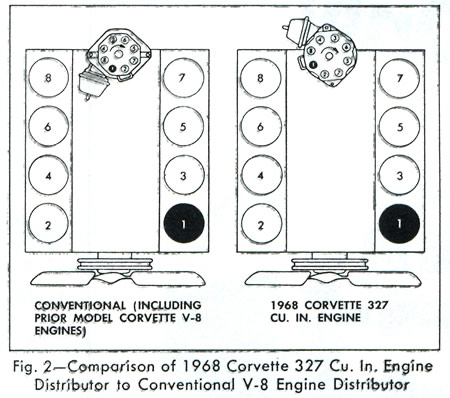