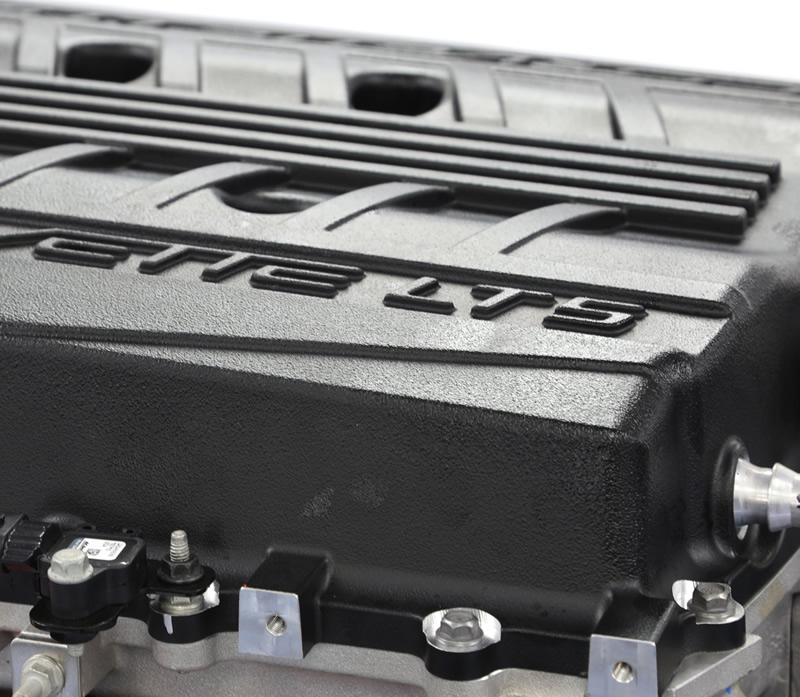 The 2019 Corvette ZR1’s supercharged LT5 engine is nothing short of a beast putting out a healthy 755 HP and 715 lb-ft of torque.  It is the ultimate swan song of the C7 Corvette generation and the front-engine Corvette in general.

Katech became known around the world for building engines for the GM Corvette Racing team that dominated the U.S. and global GT racing circuits for decades.  They’ve also worked with GM to offer specially modified engines for Corvette production cars such as the 2007 Corvette C6RS.

So it’s no wonder that the United States Coast Guard sought out the help of Katech Performance in Michigan to modify a couple LT5 crate engines for use in their AirBoats.

“We are proud to have completed these two Katech LT5 Marine AirBoat Engines for the U.S. Coast Guard,” said Katech. “These engines reach 800hp on 91 octane and engine data is displayed to the boat operator via a Bosch Motorsport DDU9 integrated with the factory ECU.”

The Bosch Performance Display DDU 9 unit uses a fully programmable color dashboard display with a data logging system for high performance applications. Additional input devices can be connected via Ethernet and CAN buses. Data Analysis Software WinDarab is used to analyze engine data as well as a special data logger. One of the neatest features of this display unit is that you can implement your own graphics and pictures on the 12 freely configurable display pages.

It’s unclear what Katech had to do to get the engine to put out 800 hp on 91 octane fuel, but we have no doubts that this engine will allow the Coast Guard to literally fly through the air in these AirBoats!

When GM offered the LT5 engine as a crate motor in late 2018, customers could buy their very own for a mere $19,995.  We’re sure the Coast Guard paid a bit more for these two!