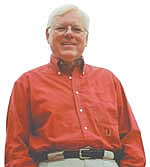 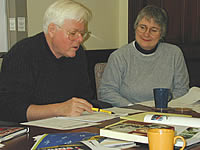 Dave McLellan was responsible for keeping the Corvette on the cutting edge of technology as seen by the following achievements:

As written by automotive journalist, Michael Lamm in the January, 1993 issue of Corvette Fever magazine:

"McLellan nearly always used science in planning where the Corvette ought to be headed. He made his judgements and decisions based on careful reasoning and calculation and rarely, if ever, did emotion enter.
Under his direction, the Corvette definitely took on McLellan's personality. Just as Zora put his stamp on the earlier cars, So Dave's comes through on the current generation....McLellan and his team have managed to place the Corvette into the first rank of international sports cars, a remarkable record considering the Corvette's price versus that of its leading performance competitors."

Since his retirement in 1992, Dave and his wife, Glenda, enjoy attending Corvette events around the world where many enthusiasts come to acquire his autograph on anything and everything Corvette related. 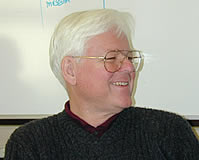 Although a stout engineer to the core, he is extremely personable and one of the most devoted Corvette enthusiasts I have had the chance to meet. I will never forget the first time I met Dave at a Corvette event.
It was at the Museum of Transportation in Boston, MA during the 1993 40th Anniversary Corvette celebration sponsored by the museum and Chevrolet. He definitely enjoys meeting and talking with Corvette owners and enthusiasts and is extremely generous with his time as seen in the numoerous hours he donates to signing autographs for everyone. - Rob Loszewski