During the development of the all-new, GM-developed Hydra-Matic 8L90 8-speed automatic transmission (RPO M5U) (Fig 1), offered on the 2015 Corvette, Silverado, Sierra, Yukon, Yukon XL, and Escalade, more than 550 computer-aided engineering analysis were made to ensure strength, durability, performance and refinement.

In the Corvette Stingray, the results are a paddle-shift that delivers world-class shift times rivaling the best dual-clutch designs. While in the Silverado and Sierra, the new transmission delivers 11 percent greater torque capacity than the 6L80 6-speed transmission it replaces. 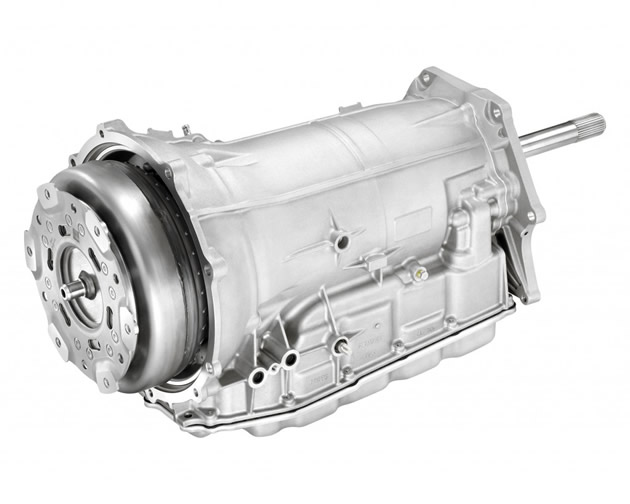 TIP: The transmission is currently on exchange through the GM Product Quality Center (PQC). No transmission repairs, internal or external, are allowed at this time. If diagnosis has determined the need for any repair to the transmission, contact the PQC to discuss the information/diagnostics that led to the need to repair the transmission assembly before performing any repairs.

The eight speed ratios of the 8-speed transmission are generated using four simple planetary gear sets, two brake clutches, and three rotating clutches. (Fig. 2) The resultant on-axis transmission architecture utilizes a “squashed” torque converter, an off-axis pump and four close coupled gear sets. The three rotating clutches have been located forward of the gear sets to minimize the length of oil feeds which provides for enhanced shift response. There are different variants of the transmission, all based on torque capacity. Architecture is common between the variants, and component differences are primarily related to size. 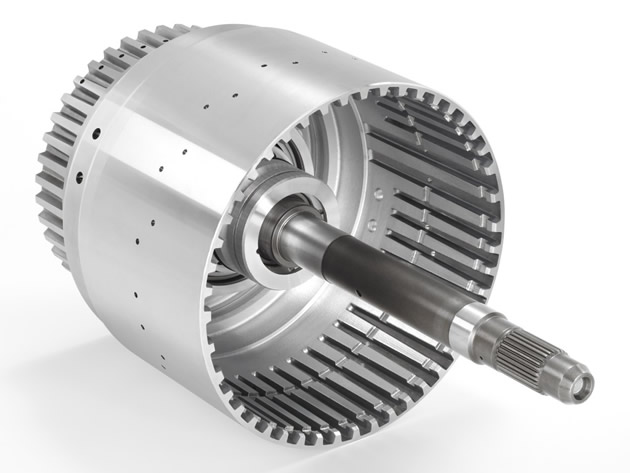 The Transmission Control Module (TCM) is externally mounted. It makes use of three speed sensors that provide for enhanced shift response and accuracy. The TCM receives and monitors various electronic sensor inputs to execute hundreds of calculations and commands every 6.25 milliseconds.

The 4-element torque converter contains a pump, a turbine, a pressure plate splined to the turbine, and a stator assembly. 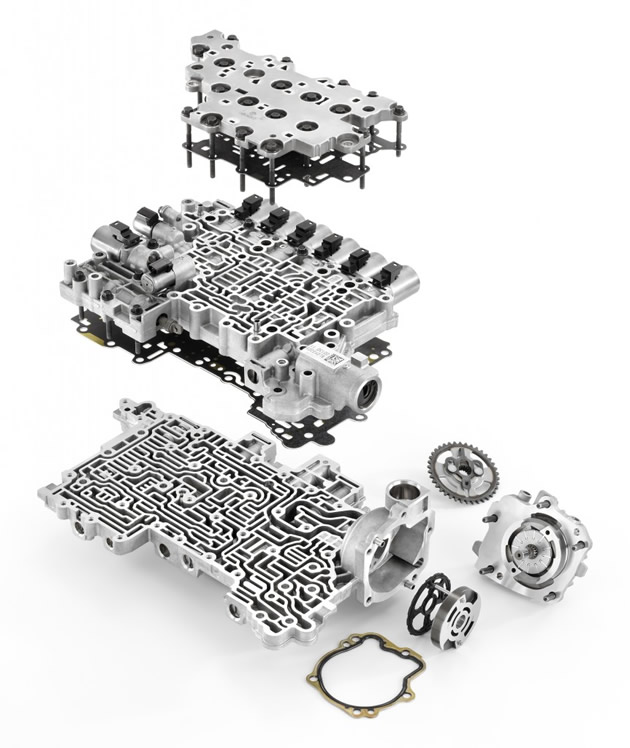 Clutch compensators are fed by lubrication oil rather than the dedicated and regulated feed design of the 6L80 transmission. This design reduces the number of rotating oil seals and oil channels within the turbine shaft and adds the capability of rapid discharge of oil in the compensators during clutch apply for greater control.

The TCM has one 66-way connector to interface with vehicle electrical system, transmission assembly and other vehicle control modules. Based upon the calibrations and input information the TCM receives, it always has final authority when to allow an upshift or downshift whether in manual mode operation or in drive position for automatic shifting.

• Low Pressure indicates the solenoid valve is directing a pressurized fluid that is less than line pressure.

• Normally Low is when no current is applied to the solenoid valve coil, the variable restriction is closed, resulting in no or low pressure.

• Normally High is when no current is applied to the solenoid valve coil, the variable restriction is open, resulting in maximum or high pressure.

• The Variable Force Solenoid Valve can increase or decrease the amount of pressurized fluid based on the amount of current applied to solenoid valve coil.

Pressure regulating solenoid valves regulate hydraulic fluid pressure based on current flow through the solenoid valve coil windings. They are operated by a 12V high side driver and a low side driver, both internal to the TCM. Current is controlled by turning the low side on and off. If the TCM detects a malfunction, it turns off the high side driver to that solenoid and sets a DTC.

Transmission control solenoid valves 8 and 9 are normally low, on/off solenoids. These solenoids only direct hydraulic fluid pressure when commanded on.

The current versus pressure data points are assigned a file number, which is marked on the solenoid valve housing end. The performance data file is stored on the Techline Information System (TIS) website and is programmed and stored in the vehicle’s TCM.

TIP: Replacing any of the following components will require the TCM to be programmed with the new or existing solenoid valve performance data.

The IMS contains six separate switches in one assembly. One mechanical switch circuit is for the Park/Neutral position switch, which is used for engine starting. The other five electronic switches are called the transmission range switches and are used to indicate the current gear position the vehicle operator has selected. The IMS switch assembly is mounted on the interior left side of the transmission case.

- Thanks to Mike Johnston