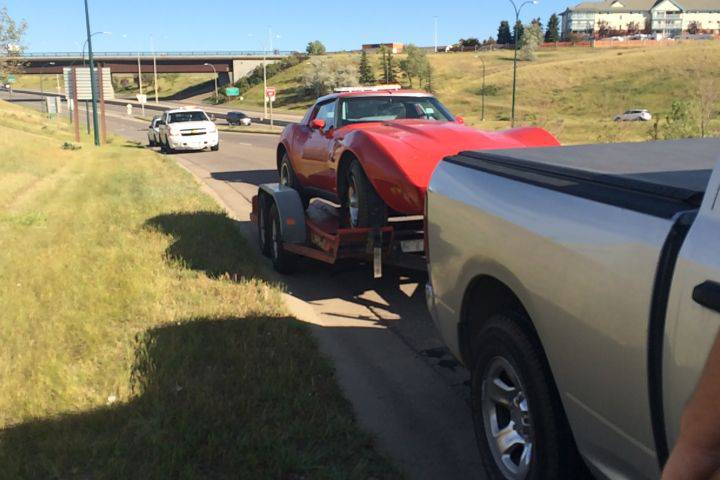 Sometimes, you have to wonder what goes through people’s heads.

According to Global News out of Canada, Police responded to a reported break-in at a Coaldale residence just before 5 p.m.

A rifle, cash, personal property and a red 1976 Chevy Corvette were stolen from the home, however the suspect must have ignored the fact that it was broad daylight outside and someone could see him.  A witness saw the man load the Corvette on a U-Haul trailer and watched him drive away.  Did he really think nobody would see a bright red Corvette being loaded onto a U-Haul while the home owners were not home?

About an hour later, the man was spotted driving west on Highway 3 at Scenic Drive hauling the Corvette  and was immediately pulled over.

Police confirmed Tuesday it was stolen from the Coaldale home. The rest of the stolen items were also discovered in his car.

We’re glad to see the Corvette returned to its owners unharmed, and the idiot, in custody.

18-Year-Old in Nashville, Tennessee Wanted for Stealing Corvette and Shooting the Owner