Under certain driving conditions on 1963, 1964 and 1965 Corvettes, the rear suspension isolation mount retaining tabs do not prevent the isolation mount from pulling out of the rear crossmember.

A new isolation mount, with increased retaining tab area, will be released in interim 1965.  This new mount will service back to 1963 vehicles, and when released may be used if the above problem is encountered.

Meanwhile, the method outlined on the following page should be used whenever the loosening problem is encountered or new mounts are installed. 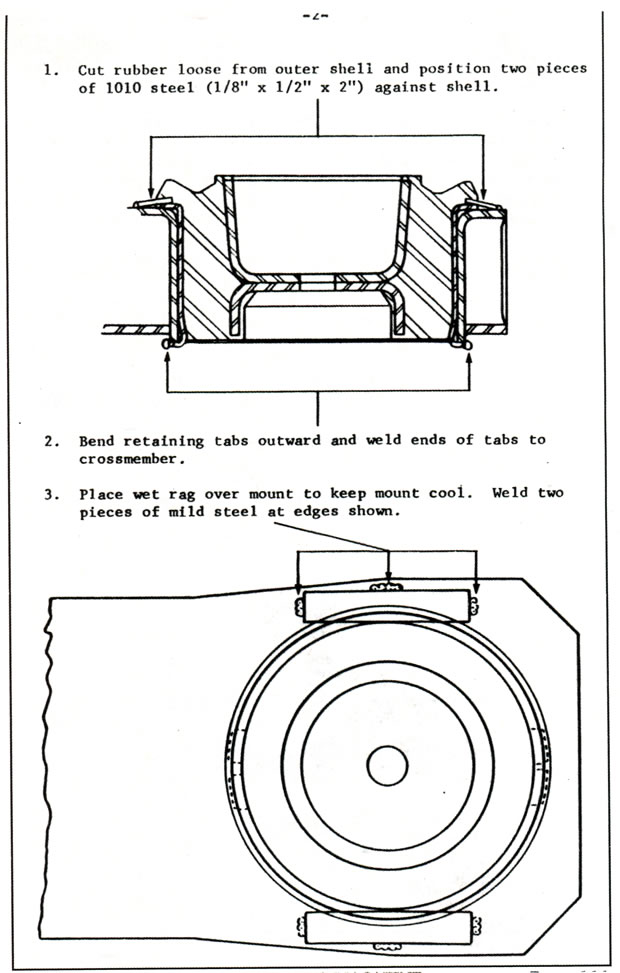