On all 1963 and early 1964 Corvettes equipped with Air Conditioner RPO C60, it would be necessary to slightly modify the electrical circuit to provide a true medium blower speed for the heater.  In these RPO C60 installations, the resistor that was used in the blower motor circuit to establish blower medium and low speeds, unfortunately, during heater operation provides blower "low" RPM at the MEDIUM as well as at the LOW speed setting of the operator’s control lover.

A wiring change introduced in Production averted the above problem on vehicles built later than December 16, 1963.

To provide the desired medium blower speed, on the earlier production units, proceed as follows: 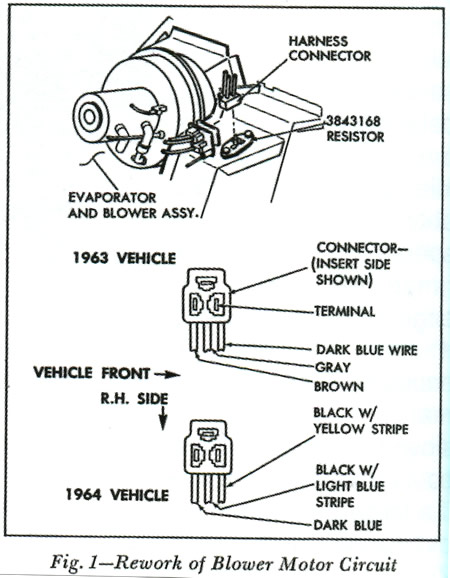