I had been wanting to install one of the spreader bars for a long time just to firm up the front suspension. Well I finally broke down and spent the money. When the package finally arrived at my door I was impressed with the unit. Everything is powder coated in a nice gloss black. The threaded ends of the heim joints are already coated in copper shield so you don’t have to worry with rust seizing the bar in place should you ever want to remove it. After I took a few pics of the set up loose on the floor I made my plan of attack. Follow along as I install the bar. It is very easy and can be done in about 30 minutes to 1 hours time. 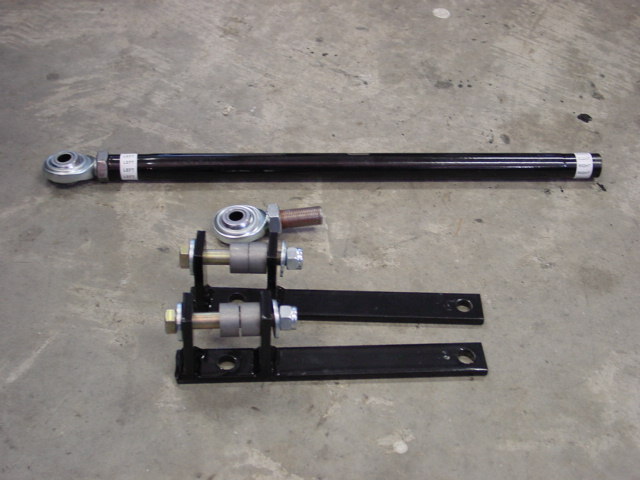 1. You need to get a piece of paper and make a note or diagram of the location of all the shims installed on drivers side and passengers side. 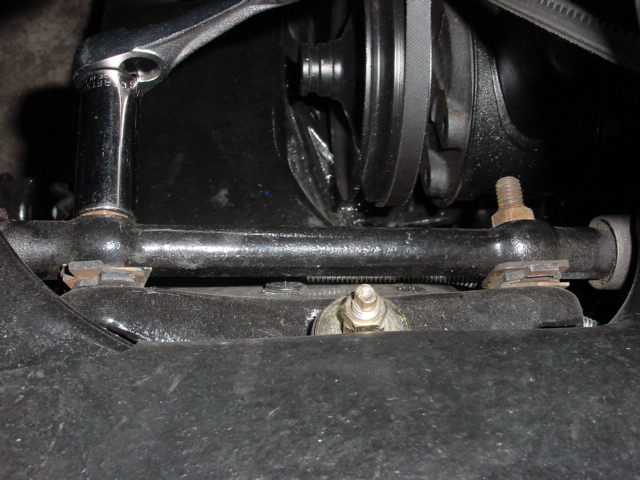 2. Put your floor jack under the frame rail just below the door. Lift the car just enough to take some weight off the front suspension. This will allow you to remove the nuts holding the upper a-arm cross shaft in place. 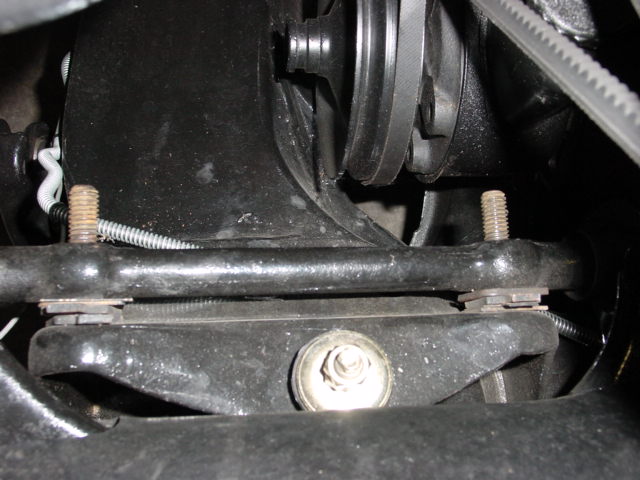 3. Remove both nuts on the upper cross shaft studs. Remove one about halfway at first, then start the second one and make sure your shims are gonna stay put. If they start to fall out, give the floor jack another pump.

4. Install one of the spreader bar mounts over the cross shaft studs putting the mounting ears toward the front of the car. 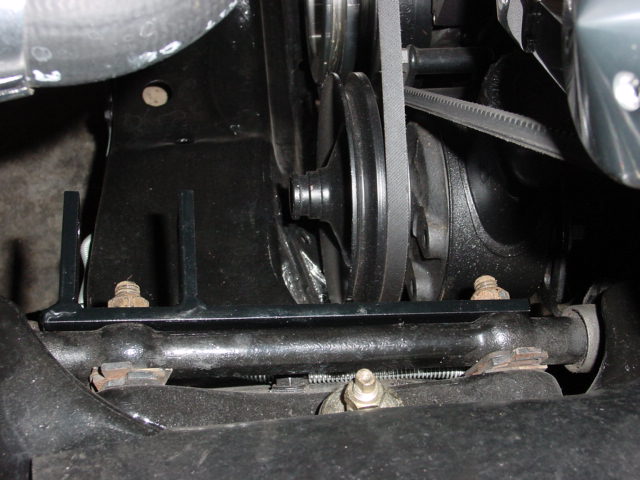 5. Ensure that all shims you counted are still in place as they should be and put the nuts back on. Let your car back down to the ground. See, that wasn’t so hard.

6. Go to the opposite side of the car and start over at step one again. You will be over halfway home when you get that done.

7. Install the heim joint into the spreader bar itself. 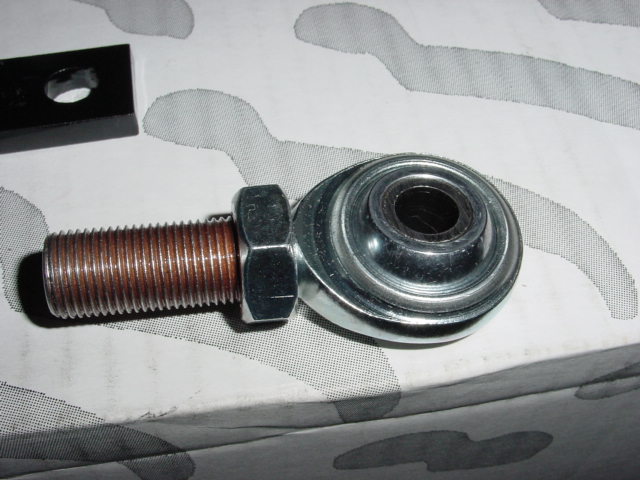 10. Pull the bolt out far enough so you can install a bushing, then the heim joint, bushing and then through the last mounting ear. Now put on a washer and the lock nut. There your bar is now installed. 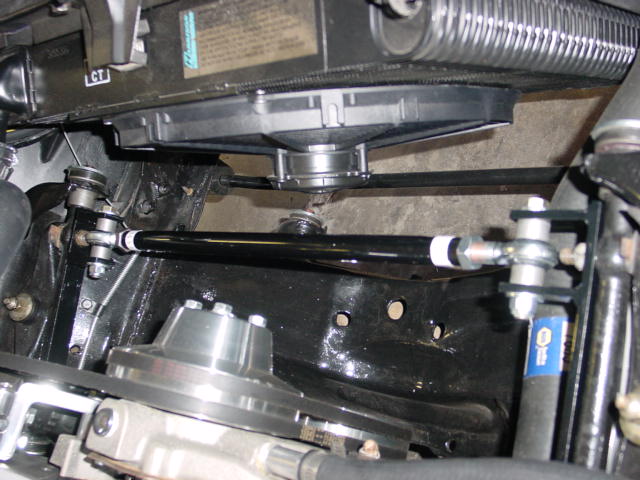 12. Stand back and admire your handiwork for a little bit. 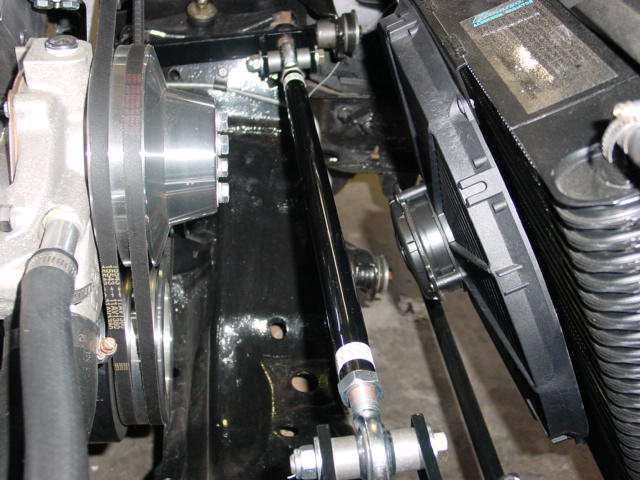 13. When you get tired of gawking at your new spreader bar, jump into the drivers seat and take your Vette for a little ride.

I hope this little write up helps any one who may need it. It was a very easy install. The only hard part of the whole install was putting the second bushing in place. But even that was not that hard. After driving the car a little, the steering response seems to be a little quicker. The car seems to have a more solid feel.