The reverse lockout mechanism for the Corvette 4-speed transmission was revised interim 1966 production.  In the early design mechanism, the reverse release cable position is normally controlled by a set screw in the "T" handle.  However, should the set screw loosen, this design doesn’t insure cable movement with handle movement.  Should the cable remain in the up position, accidental selection of reverse gear would be possible. 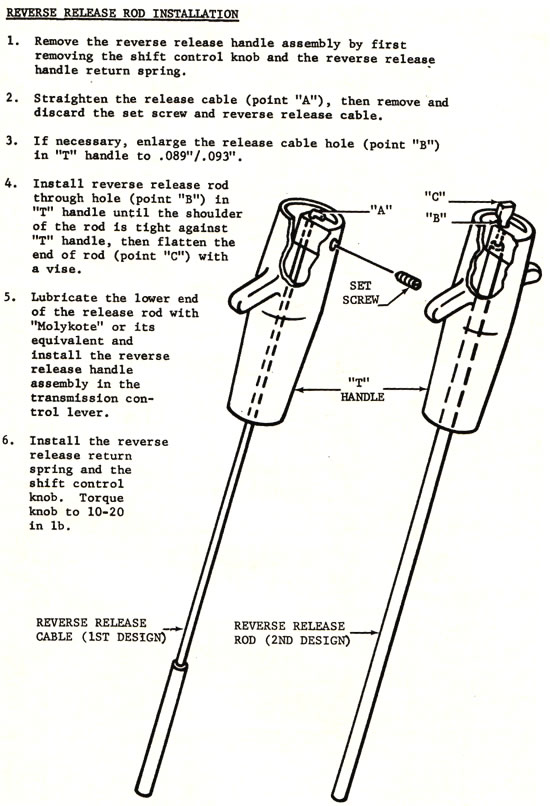