A new Warner 4-speed has been introduced for Camaro and Corvette models interim 1974 production.  Two near gear ratios are being offered, a new low wide ratio of 2.64:1 and low close ratio of 2.43:1.  The currently released Muncie 4-speed will be maintained for the remainder of the 1974 model year.

The disassembly and assembly procedure found on pages 1 thru 8 should be used when servicing the new Warner 4-speed. 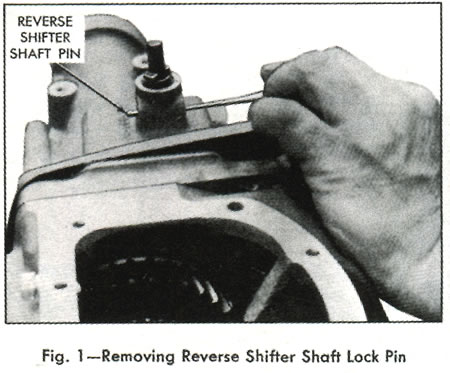 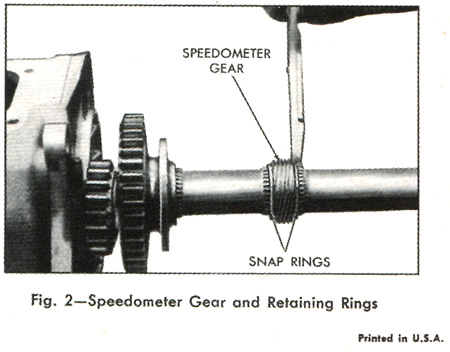 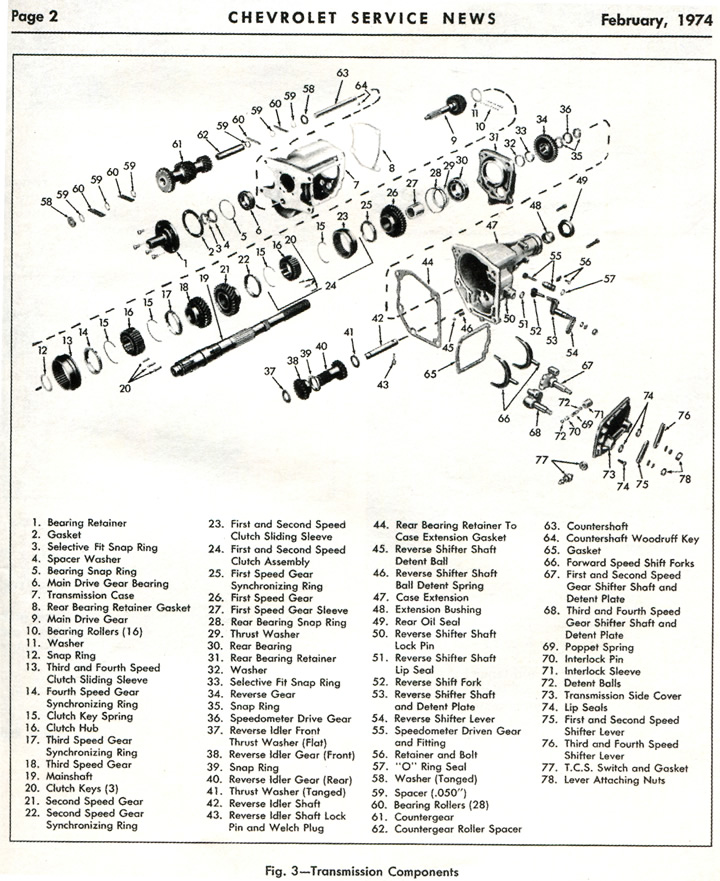 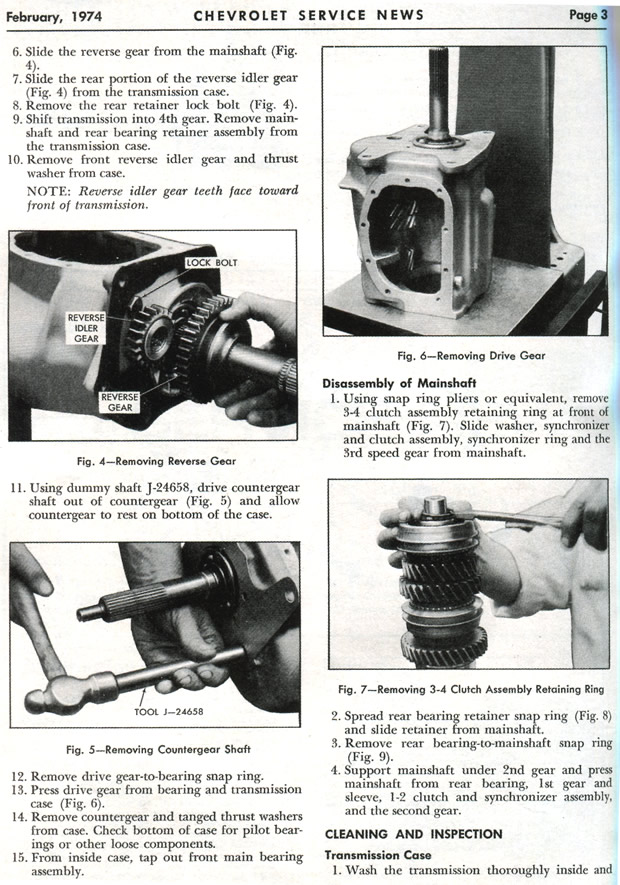 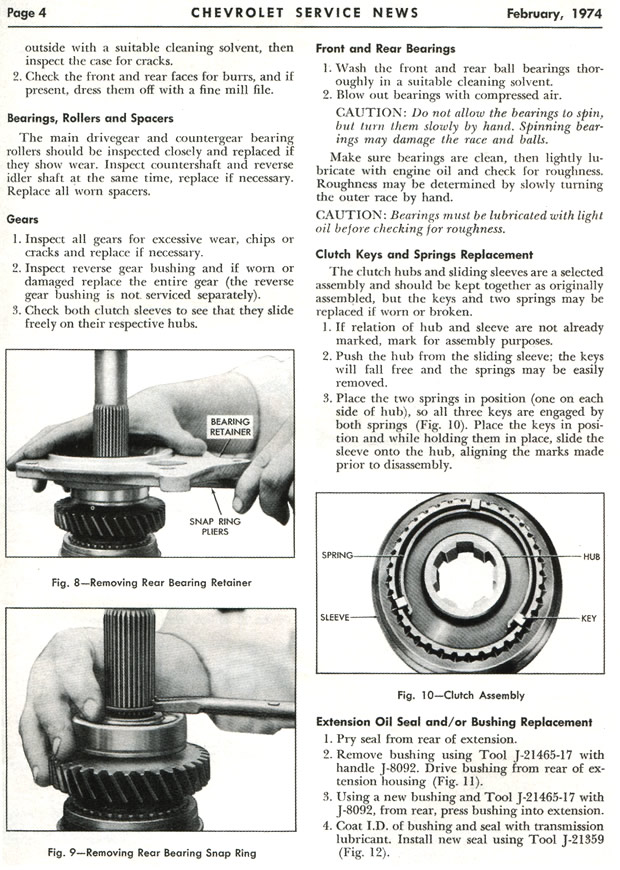 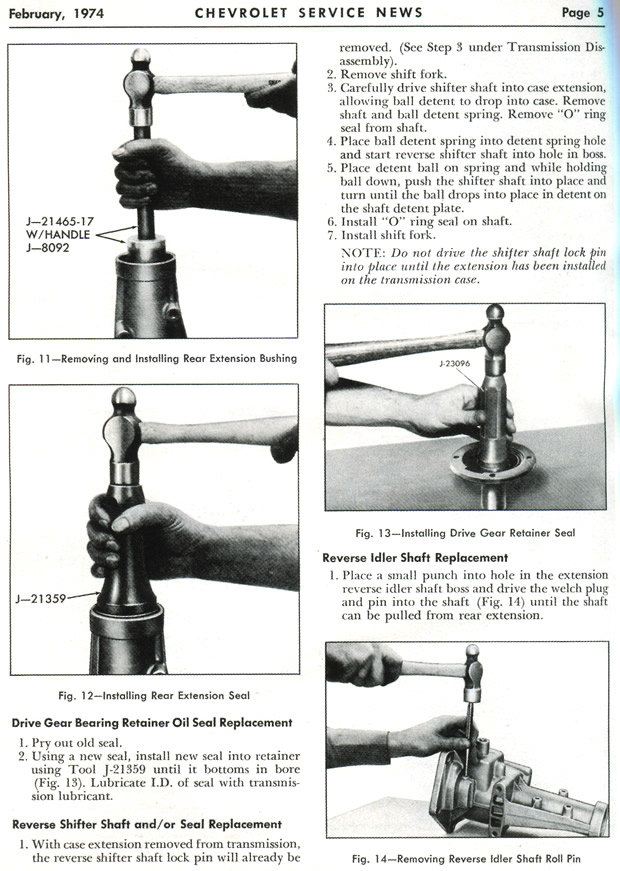 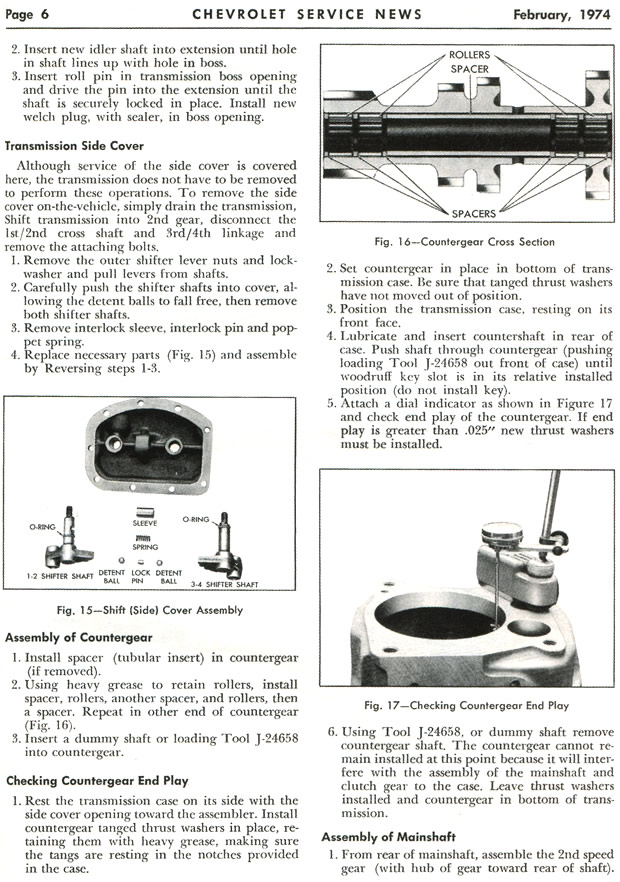 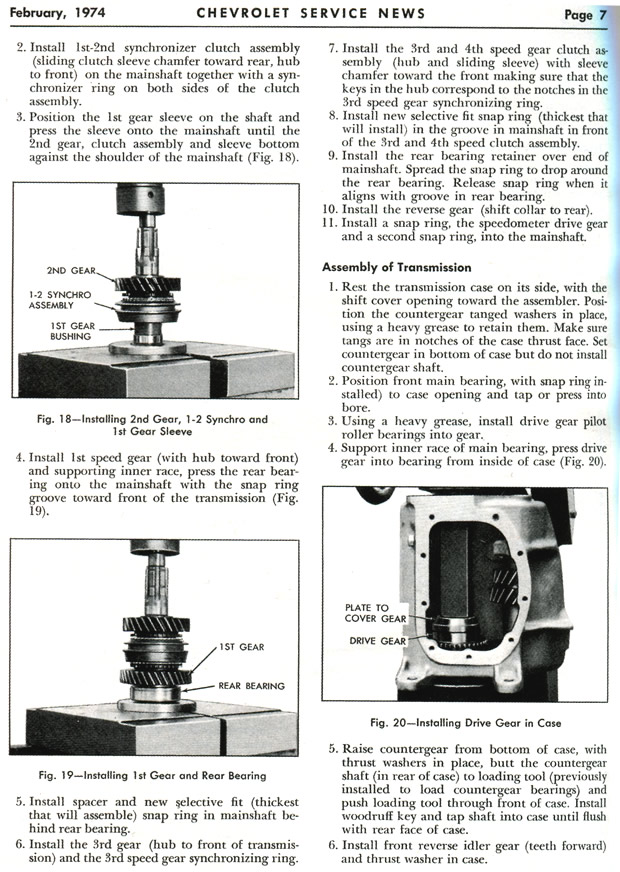 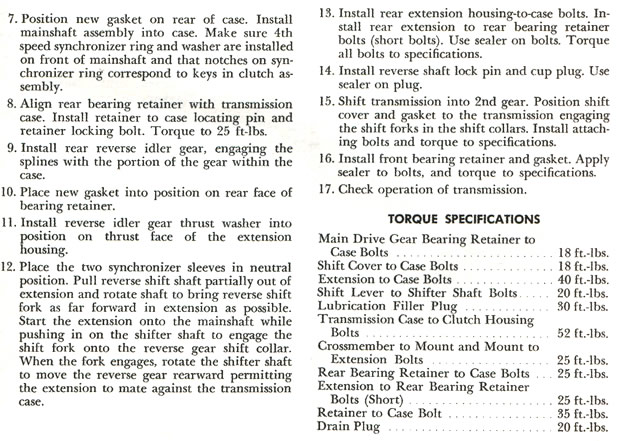