Some 1984 Corvettes may exhibit the subject noise, which is commonly defined as a "moan".  This noise is induced into the generator by belt excitation when the air conditioning compressor is "on".

The following service procedure has been developed to reduce this noise by using three (3) new tubular braces and fasteners to replace the generator vibration period, which is the primary noise source.

The following components are required for this service procedure.

To insure proper installation, the following steps are to be performed:

NOTICE:  Washer is to be installed on stud between stud hex and exhaust manifold.

5.  Remove the serpentine belt from the generator pulley.

7.  Install three (3) tubular braces on the exhaust manifold studs as shown on Figure 2 and loosely retain with attaching nuts in three (3) places. 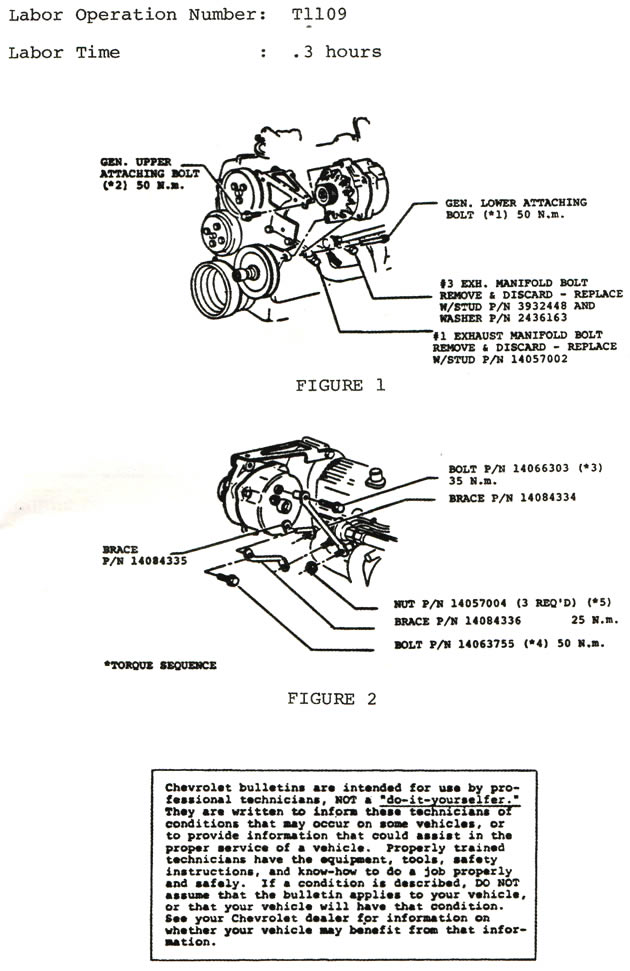