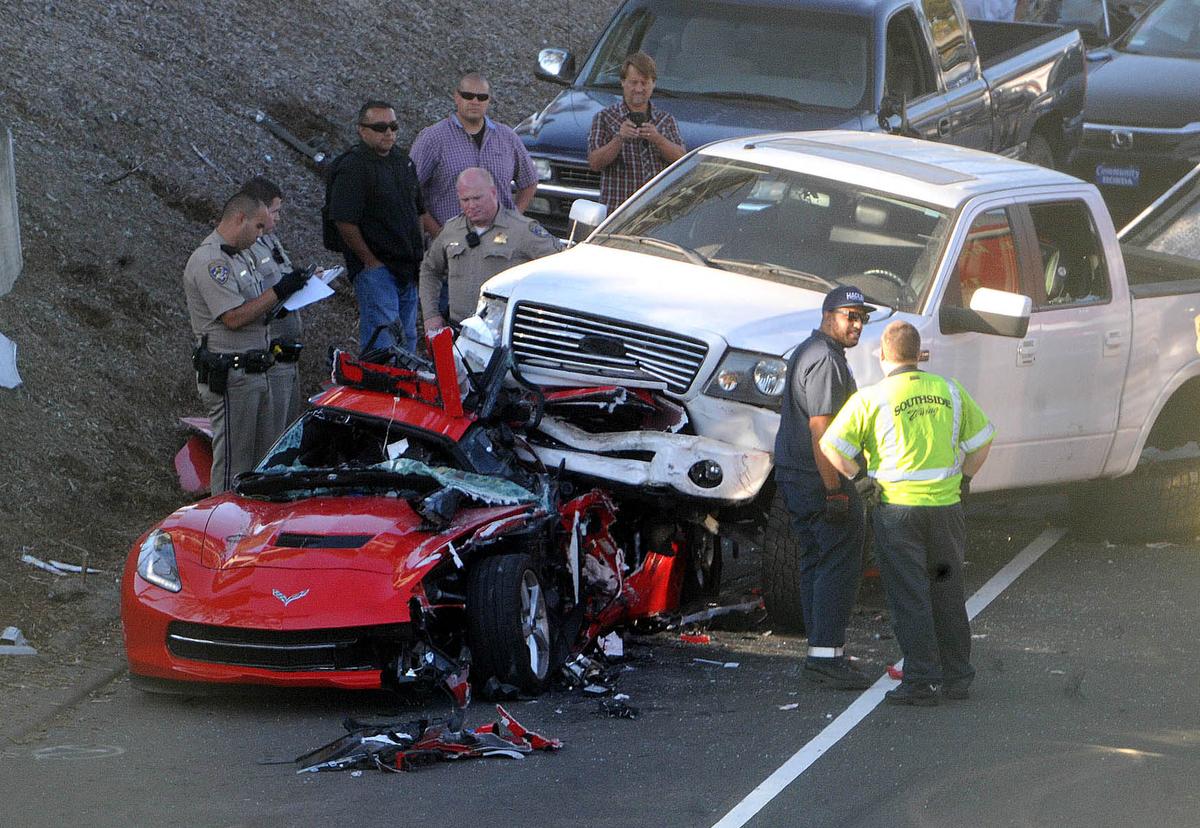 Costa Mesa freeway crash ends with truck on top of Corvette; one hurt

COSTA MESA, CA – One person was hospitalized after a pickup truck ended up on top of a Corvette following a crash in Costa Mesa on Thursday evening.

Costa Mesa firefighters responded to the southbound 55 freeway at Victoria Street to a report of a crash with injuries at about 5 p.m. Fire officials shared on Twitter that one person was trapped inside.

Firefighters cut one person out of the Corvette. The victim was taken to a trauma center.

It was immediately unclear what happened before the collision and what the victim’s condition was.

California Highway Patrol officers were called to the scene at 5:12 p.m. and reported that several cars were blocking lanes, according to the online incident log. A 1-hour SigAlert was issued shortly after. All lanes were reported clear at 6:50 p.m.

0
0   0
previous [VIDEO] Cop orders man out of his Corvette and onto his knees
next [UPDATE] Michigan: 1978 Corvette Stolen During Woodward Dream Cruise - RECOVERED!