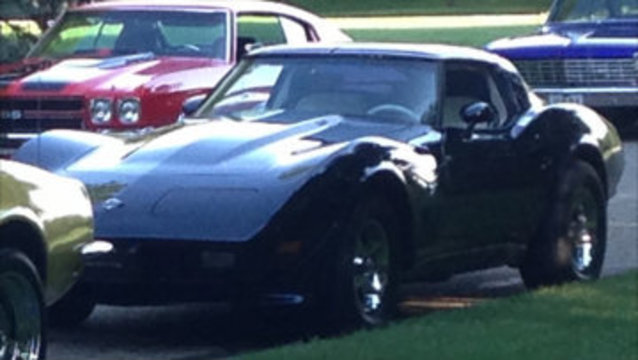 A stolen 1978 classic will soon be back in its spot after a Good Samaritan in Detroit spotted the stolen wheels and waited by it until police arrived.

Monday morning, around 2 o’clock, a citizen spotted the car at Joy and Ward. This person called police and stood by the car until Detroit police arrived on scene.

Robinson said she thinks someone was watching her as she was cruising in her dream car.

“This was my car for 16 years. I bought this car when I was struggling in my early 20s and said I want a Corvette, I’m going to buy a Corvette. All my family has Corvettes, it’s my turn now,” Robinson said.

Kelly told FOX 2 on Sunday that just wants the car back — no questions asked.

She even said she’d give the person who returns it some type of reward for the return of her dark blue Vette.

Kelly Robinson, who has owned the the classic Corvette for about 20 years, said she parked it behind Rosie O’Grady’s in Ferndale so that she and family members could check out the Dream Cruise on foot.

Later, when they returned to where the car had been parked, it was gone and another car was parked in its place.

Kelly said she desperately wants her Corvette back, and that she’s offering a reward for the return of the car.