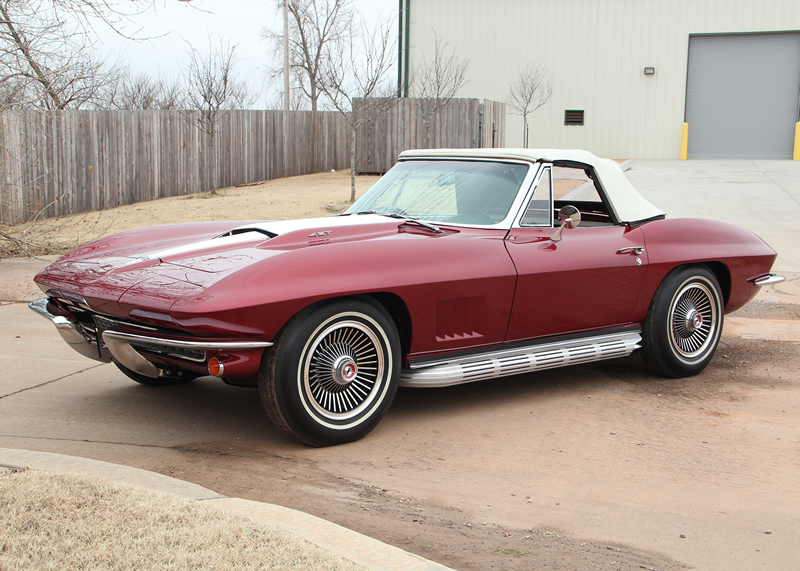 Last month, Leake Auction Co. had secured the Tom Falbo Collection of more than 100 cars which will be offered at no reserve at its sale February 20, 2016 in Oklahoma City. Included in those 100 cars are 40 classic Corvette which Leake hired Roy Sinor, a well known National Judge Chairman for the National Corvette Restoration Society (NCRS) to examine. Sinor determined that one of those Corvettes, a 1967 convertible in Marlboro Maroon with a white stinger hood and interior, is one of only sixteen L89 Corvettes built that year.

Along with that powerful V8, this Corvette also comes equipped with power steering and brakes, an original GM-issued trim tag dated June 21, 1967, has a St. Louis-built convertible body number S8917, trim code 988AA, engine assembly code T0512IU, which designated an L89 engine, and the engine was built May 12, 1967.

Signor was so surprised to discover one of these special Corvettes that he decided to call in two other experts to examine the car and confirm his discovery.

From the Leake Auction Co. listing, below are options and highlights of this extraordinary Corvette:

0
1   0
previous The Last of the Hand-Built 1953 Corvettes Heads to Barrett-Jackson Auction
next Has This C6 Corvette Been Turned into a Swan or an Ugly Duckling?