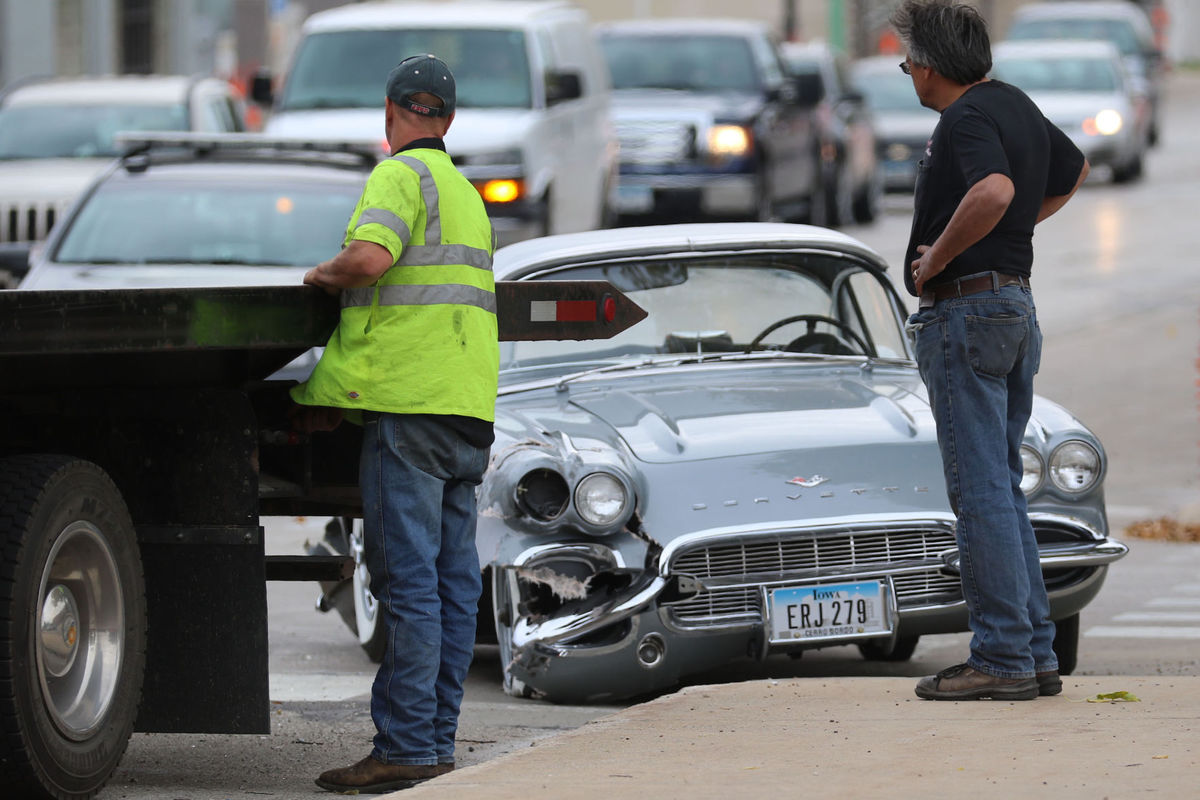 Anyone who’s restored an old Corvette, knows the tremendous amount of blood, sweat and tears it takes to undergo the restoration; especially if you’re shooting for an official certification from Bloomington Gold or the National Corvette Restorer’s Society.

A 15-year restoration process came to an unfortunate end yesterday, when a 1961 Corvette in Mason City, Iowa was hit by a black Chevrolet Impala during it’s final test drive.

The crash happened about 9:45 a.m. on South Delaware Avenue near First Street Southeast on Tuesday.  Police say the driver of the Impala accidentally swerved into the Corvette while attempting to change lanes. Luckily, no one was hurt, however based upon the image above, the same can’t be said for the Corvette.

A good sized chunk was taken out of the Corvette’s right rear as well as the front.

The driver of the Corvette, Ray Shimak, who has been restoring the Corvette since he bought it in the 1970s, said he was about to ship the car to its owner, Lee Snell, in Florida.

The Corvette had been stripped down for use as a drag racer, and Snell had spent years tracking down parts for it in order to start restoring it in the 1980.  Snell gave it to Shimak in 2006 to take over the restoration.

“All restorations take a lot of time, especially when you start with one that’s just a shell,” Shimak said. “I just feel for him…he waited so long to get it back.”

Shimak hopes to have the car fixed and back to normal around the first of the year.

-1
0   1
previous C5 Corvette Goes up in Flames in Cullman, Alabama
next Corvette Driver Nearly Gets His Head Chopped Off Driving Under a School Bus

A 1957 Corvette Comes Home – A Second Time Around