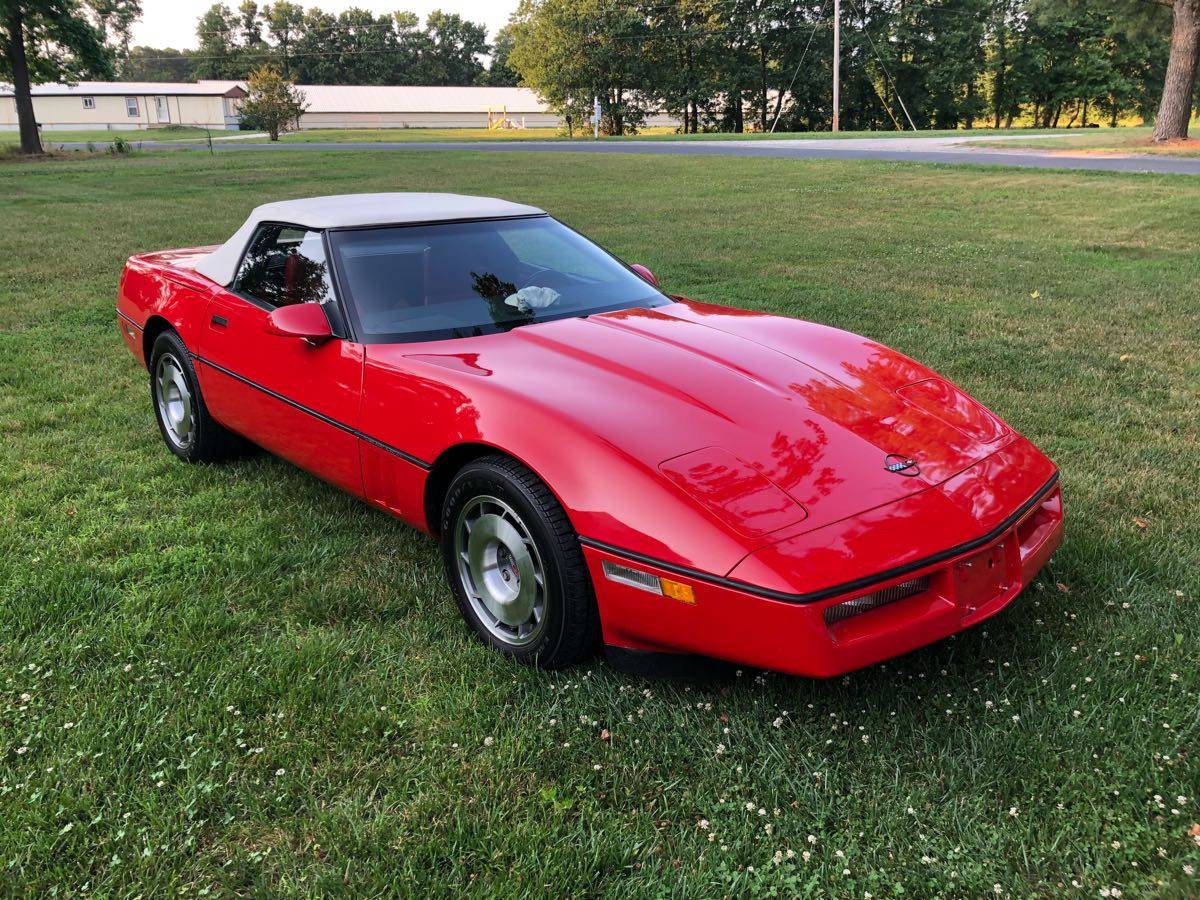 2020 Corvette Production Resumes on May 26 Until October

There’s no doubt that Corvette owners tend to baby their Corvettes and you don’t usually have to look far to find a low mileage example.  However, this stunning 1987 Corvette convertible is definitely an exception with only 2,450 original miles on the odometer!

Listed for sale on CraigsList, this particular example is located in Willards, Maryland and is in exceptional condition as you can see from the pictures.

The ad is not very detailed but from what we can see, the car is equipped with red leather interior, white soft top and the four speed automatic transmission.

Unfortunately, the Bowling Green Corvette Assembly Plant didn’t keep detailed production records in 1987 with as much specificity as they do today. According to our 1987 Corvette Production Numbers, 3,242 Bright Red convertibles were built and was the most popular color sprayed on the Corvette that year.

In 1987, the Corvette’s L98 engine saw a 5hp increase to 235hp thanks to the use of aluminum cylinder heads, and was chosen as one of the world’s top ten cars to drive by Car and Driver Magazine.

According to today’s standards, the 1987 Corvette is no barn-stormer, but  with exceptional handling and tuned-port fuel injection, it can still be a blast to drive!

In June of 1987, Road and Track magazine tested a Corvette convertible and was able to pull a 6.3 second 0-60 mph and 14.8 second 1/4 mile time at 95 mph.  Still respectable numbers for that time, especially considering that a 1987 Ferrari 328 GTS could reach 60 mph in about 5.9 seconds for a lot more money per horsepower.

If you’ve got $16,500 burning a hole in your pocket and you’re looking for a museum quality Corvette to occasionally drive on nice, sunny days with the top down, this could be the Corvette for you!

Craigslist Find: Beauty is in the Eye of the Beholder

eBay Find of the Day: 1978 Corvette Pace Car with only 56 original miles