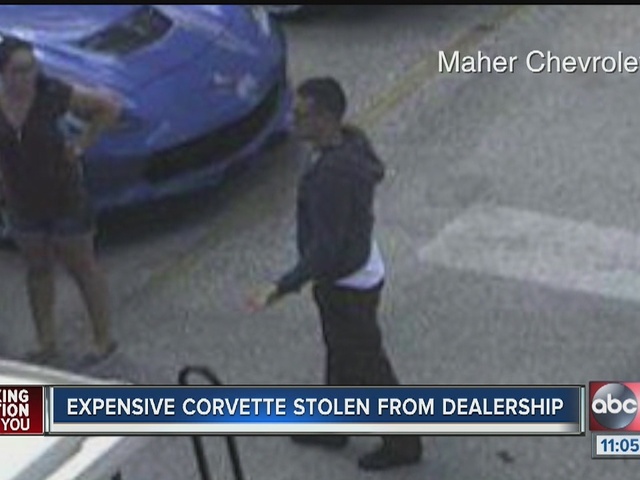 A $100,003 Torch Red 2016 Corvette Z06 was stolen from Maher Chevrolet in St. Petersburg, Florida a week ago and detectives are looking for two people caught on surveillance video believed to be responsible.

St. Petersburg detectives want to question a man and a woman, who were seen on video, around the same time the Corvette disappeared.

“It’s not an uncommon thing that someone will come in, spend some time with the salesperson, get them distracted (and) switch (the) keys and take off with the car,” Hendon said.

In similar thefts at other dealerships, OnStar was able to track stolen vehicles and police were able to capture the thieves. This theft is a little different. “In this case OnStar was disabled so they went out and they knew what they were doing and they disabled OnStar so we couldn’t chase the car,” Hendon said.

The dealership is offering a $2,000 reward to recover the Corvette and for the conviction of the person who committed the crime. Authorities are still investigating the case and are looking for help from the public. If you have any information about this case, call the St. Petersburg Police Department.