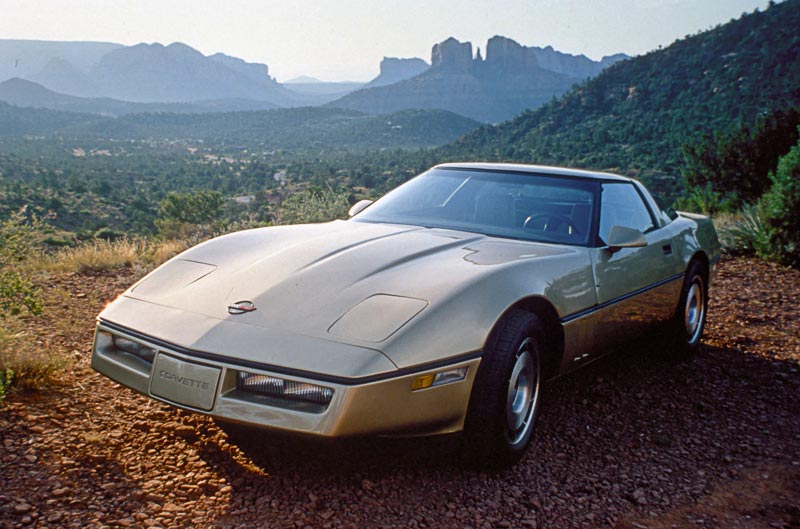 Ted Adamczyk, design release engineer at General Motors, will accept the award on behalf of the original team that worked on the program at the 45th-annual SPE Automotive Innovation Awards Gala on Nov. 11.

The Automotive Division of the Society of Plastics Engineers (SPE) has named the first use of glass-mat thermoplastic (GMT) composite on the front bumper of the 1984 Chevrolet Corvette its 2015 Hall of Fame winner for the group’s 45th-annual Automotive Innovation Awards Competition.

To be considered for a Hall of Fame award, an automotive plastic or composite component must have been in continuous service in some form for at least 15 years and preferably have been broadly adopted within the automotive or ground-transportation industries. GMT bumpers meet this criteria having been in continuous use on a variety of passenger vehicles for more than three decades and having proliferated beyond GM to vehicles built by automakers in North America, Europe, and Asia. In fact, many of the different GMT bumper design variants over the years have been category or Grand Award winners of the Automotive Innovation Awards Competition.

“The front bumper on the 1984 Corvette not only was the first in a long line of weight and cost-saving front and rear bumper beams in GMT composites,” said Nippani Rao, president of RAO Associates and co-chair of the SPE Automotive Division Hall of Fame committee, “but it also led to increased use of GMT as well as other thermoplastic composites in a broad range of interior and exterior automotive applications worldwide.”

Shortly after the Corvette bumper was commercialized, GM launched C-section GMT designs on the front bumper of the D-body platform, which included models like the Cadillac DeVille, Fleetwood, and Brougham sedans. The GMT beams were mounted to the car frame using ACDelco shock absorbers, which further increased the impact energy the beam could absorb. Another C-section design was used on Cadillac Seville sedan. This design incorporated a single in-turned upper flange, a development that later led to the creative use of a double in-turned flange on models from Oldsmobile.

By 1986, GMT bumpers had moved to Ford Motor Co. and were featured on the front bumper of the Ford Mustang sports car. These GMT beams were mounted using Ford’s polygel mitigators (PGMs) Two years later, GMT bumpers were used for the first time on the rear of the Ford Continental DN9 sedan as well as the front of GM’s N-body cars. The latter were notable for being the first compression-molded beams with two in-turned flanges, which were notoriously challenging to mold.

In 1989, Honda Motor Co. used C-section GMT bumpers on both the front and rear of the Honda Accord compact cars produced in North America and Japan. Not only were these the first non-Big 3 use of the material/application, but they also were the first GMT beams combining both unidirectional and randomly oriented continuous glass mats, and the first composite beams that were hard mounted to vehicles (fixed directly to the rail beams without the use of shock absorbers). By 1990, GM used GMT bumpers on the front of the Buick LeSabre sedans, which featured a “peekaboo” stainless steel, in-molded chrome strip. The Japanese automakers were back in 1991 with GMT bumpers on multiple mid-size models produced by Toyota Motor Corp., Suzuki Motor Corp., Nissan Motor Co. Ltd., and Mazda Motor Corp.

During the 1990s, over 16% of all passenger cars globally sported GMT bumper beams, consuming over 500-million pounds/226,796 tones of the material.

On Wednesday, Nov. 11, 2015, Ted Adamczyk, design release engineer at General Motors will accept the award on behalf of the original team that worked on the program at the 45th-annual SPE Automotive Innovation Awards Gala at Burton Manor in Livonia, MI where winning part nominations and the teams that developed them will be honored during an evening celebrating automotive plastics innovation.

0
0   0
previous Corvette Chief Engineer on Why You Won’t See a Self-Driving Sports Car
next After Car Fanatic Dies in Corvette, How to Escape a Locked Vehicle