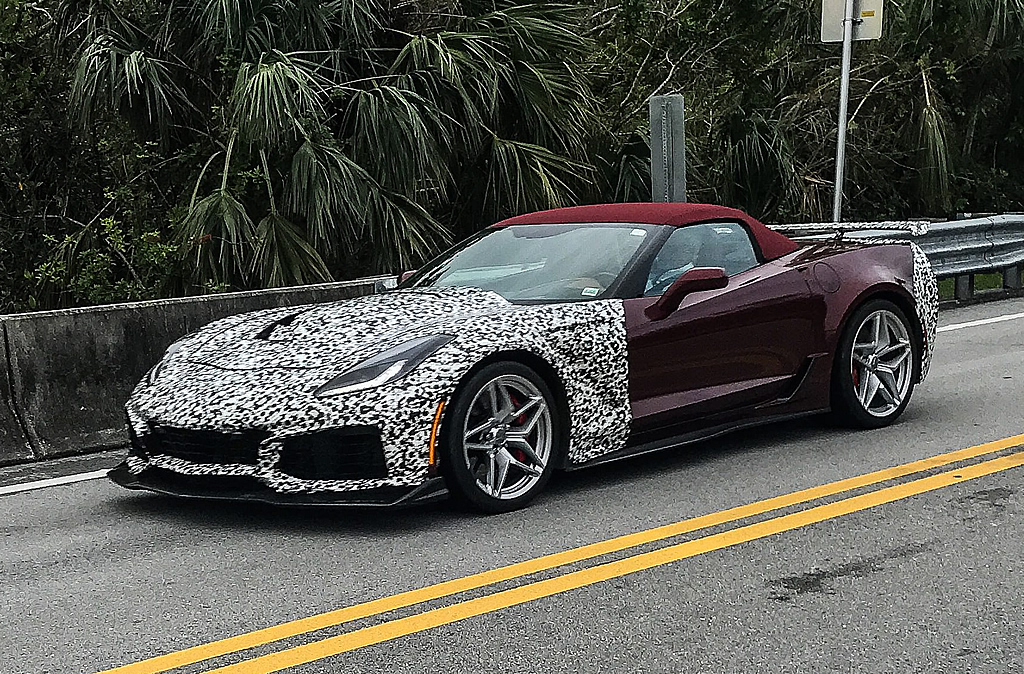 It’s been four days now since the official unveiling of the 2019 Corvette ZR1 at the Dubai International Motor Show on Sunday and Chevrolet continues to run validation testing on prototypes down in the Florida Everglades.

Thanks to a member of Reddit, “Coonark00” who lives in the area, he was able to capture a few ZR1 prototypes out testing, including a convertible model.

“I fish down in the florida everglades and I see these ZR1s testing fairly regularly. They come cruising by me, and often give me a nice throttle blip if I wave. They sound awesome! There’s a one red-light town right by my fishing hole, where they always get caught by the light and then rip off the line when they can, they appear to be damn quick. Anyways, today I finally managed to get some cellphone pics of them. There were 3 today, a red targa with the ZTK performance pack (high wing), a dark red convertible with the low wing, and a yellow targa with the low wing. I think the pics are cool even after the unveiling yesterday because we haven’t seen the low wing or the convertible yet.”

While it isn’t really news that Corvette engineers have been testing a ZR1 convertible model as we’ve been seeing the spy photos for months now, GM has yet to confirm that a convertible ZR1 model will be option.

Regardless, it’s still cool to see them out testing and having a little stop-light fun in the Everglades!

[VIDEO] Feast Your Eyes on the 2018 Corvette ZR1 Convertible!